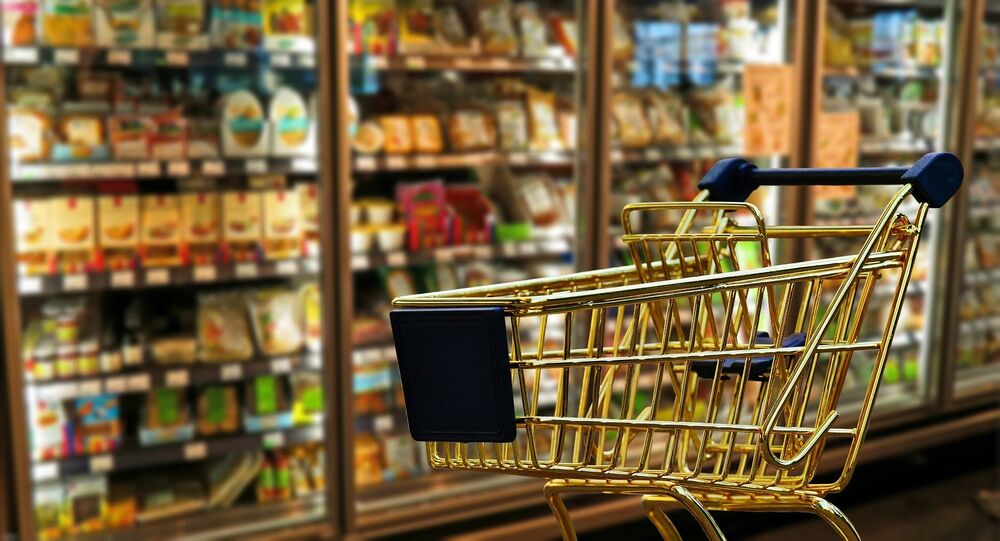 The EU has ignored the appeal of the Visegrad Group (Poland, Czech Republic, Slovakia and Hungary) to regulate double standards in food trade between the EU and Central and Eastern Europe. Czech politician Miroslav Sládek commented to Sputnik Czech on the issue.

© CC0
'Two-Speed Europe': The End of the European Dream?
Earlier in March, the countries of the Visegrad Group (also known as the "Visegrad Four" or simply "V4"), Poland, Czech Republic, Slovakia and Hungary appealed to the European Union to tackle double standards in food trade within the EU.

The officials of the four countries urged the EU leadership to draft rules ensuring that food standards are uniform across the bloc. International food companies, they said, are supplying products of lower quality to central and eastern European countries than they deliver to western Europe.

Lab tests showed that some multinational brands use different, often cheaper ingredients in food items sold to Eastern Europe than in products sold in the adjacent Austria and Germany.

The V4 called on the European Commission to draft rules sanctioning companies for quality deficiencies. The call has been apparently ignored by the bloc.

The multinational companies, he said, supply the same brands to Eastern and Central Europe but with different ingredients than to Western Europe.

"They have the same name, same packing and wrapping but completely different ingredients. For example, meat or cacao beans have a lot more malign agents than those supplied to neighboring Austria and Germany. We are 'second-class' EU residents for them, and sold not food but food industry rubbish," he told Sputnik.

© AP Photo / Andy Wong
'It's Up to Them': Amid 'Two-Speed Europe' Talk, China Pledges Support for EU
"We have to tackle the problem with double standards in the food trade by boycotting deliveries, for example," he said.

It also means the resignation of Andrej Babiš, Deputy Prime Minister responsible for the economy of the Czech Republic. Sládek called him "one of those saboteurs" who deliberately buy food waste in the West, bring it to Eastern and Central Europe, re-process it, pack and feed the residents of the Czech Republic, among others, by passing it off as exclusive ham, for example.

Both the country's government and the parliament are under control of Babiš, he said. He also owns the major part of the country's food industry. His Prague-based Agrofert conglomerate holding company holds the monopoly for the food supplies into the country.

Babiš also owns the major part of the food market, the politician said. But supplies not food but "poison." Neither the government nor the parliament interferes into his business. Babiš simply bribes them to stay silent, he said.

The parliamentary elections could be the only way out, Sládek said, adding that his party knows everything about what is going on in the government and in the parliament.

© AFP 2020 / ADEM ALTAN
Turkish FM Cavusoglu: EU Falling Apart, Future of Europe Not Pleasant at All
The Visegrad Group, he said, could unite, put a tax on all food imports and introduce strict quality control on these products. Products which do not meet the requirements will simply be blocked from entering the country.

However there needs to be more courageous people at the head of the Visegrad Group than currently in place. The governments of the Group's member states should behave as the government of sovereign states and not as "Brussels' servants."

This perfectly illustrates that there are "Group A" countries such as Germany, and "Group B" countries which have no voice in the EU.

"I don't think that it is a "two-speed Europe" but rather a "decaying Europe". If we want to secure our future and don't want to have only unhealthy people, we should dissolve the European Union. If it does not work, it should be disbanded," he finally stated.