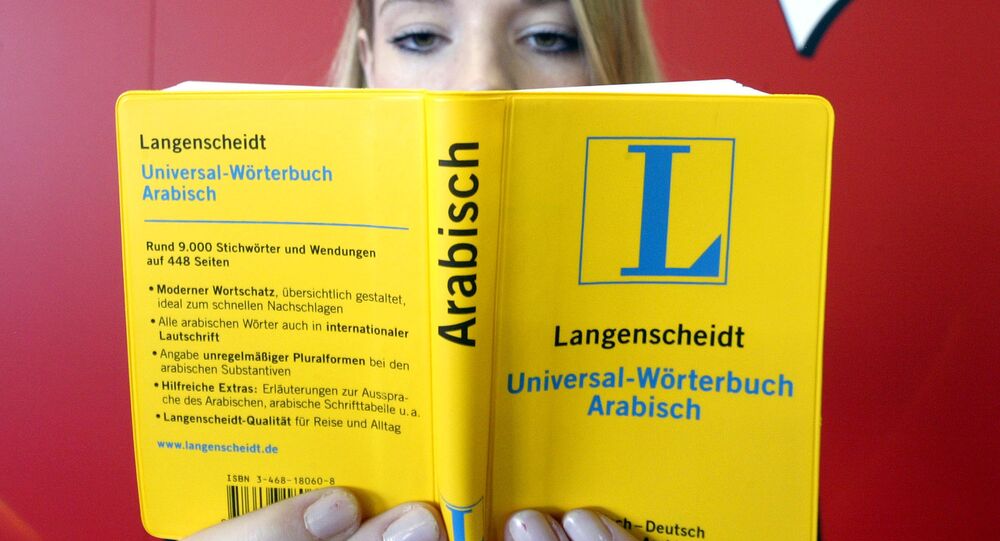 The increasing popularity of Arabic courses in Germany reflects an understanding that Arabic is set to play an important role in German politics and society, German political scientist Naji Abbas told Sputnik Arabic.

© Flickr / Stabler Department of Nursing York College
French Lawmaker Upset Over Arabic Language Class Sends Police to School
In recent years Germany has faced the challenge of integrating over a million asylum seekers from the Middle East and elsewhere into its society.

© AFP 2020 / KARAM AL-MASRI
Back to School: Syrian Education System Shows Signs of Reviving (EXCLUSIVE)
In 2015, Germany's Commissioner for Integration Aydan Ozoguz suggested that German Chancellor Angela Merkel should give her New Year address to the nation with Arabic subtitles, so that newly-arrived migrants and refugees can understand the speech.

© REUTERS / Wolfgang Rattay
'Minus Migration': German AfD Party Pledges to Deport 200,000 Migrants Per Year
Ansaf Azzam, director of the Cordoba Arabic language school in Berlin, told Sputnik that demand for courses is increasing, as Germans are coming to see learning Arabic as a useful skill. Previously, the greatest demand came from Turkish or Albanian immigrants, who sought courses about Islamic culture.