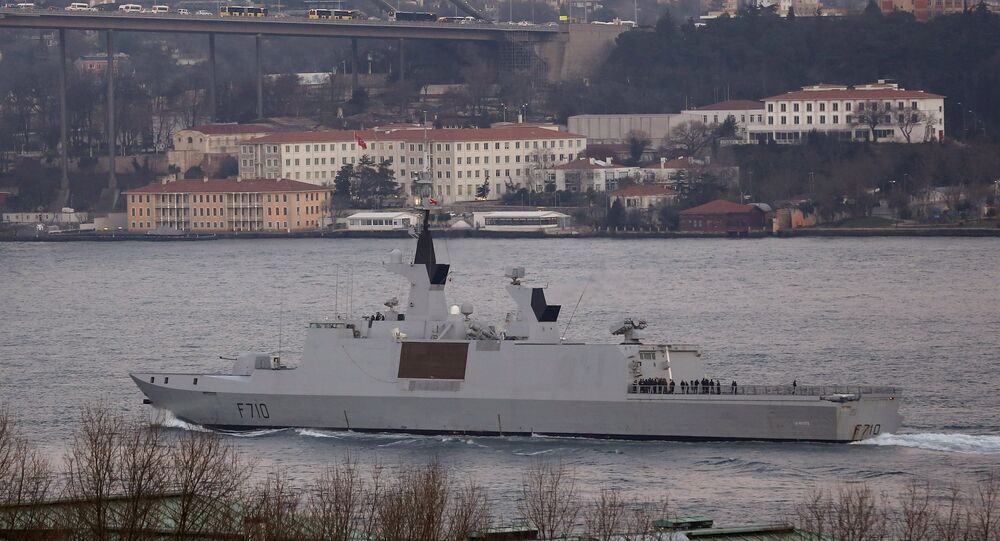 MOSCOW (Sputnik) – The frigate will make a stopover in Bulgaria's port city of Varna.

" … and soon in stopover in Varna! Welcome to Bulgaria!" Lebedel wrote on Twitter on Thursday, commenting on reports of the La Fayette F 710 frigate crossing the Bosphorus Strait.

​The La Fayette class, capable of carrying air-defence missiles and designed to accommodate Panther, as well as heavy range helicopters, includes five types of ships, the first of which, F 710, was commissioned in 1996.

Moscow has repeatedly criticized the North Atlantic Treaty Organization (NATO) for stirring up regional tensions by deploying its military close to Russian borders.