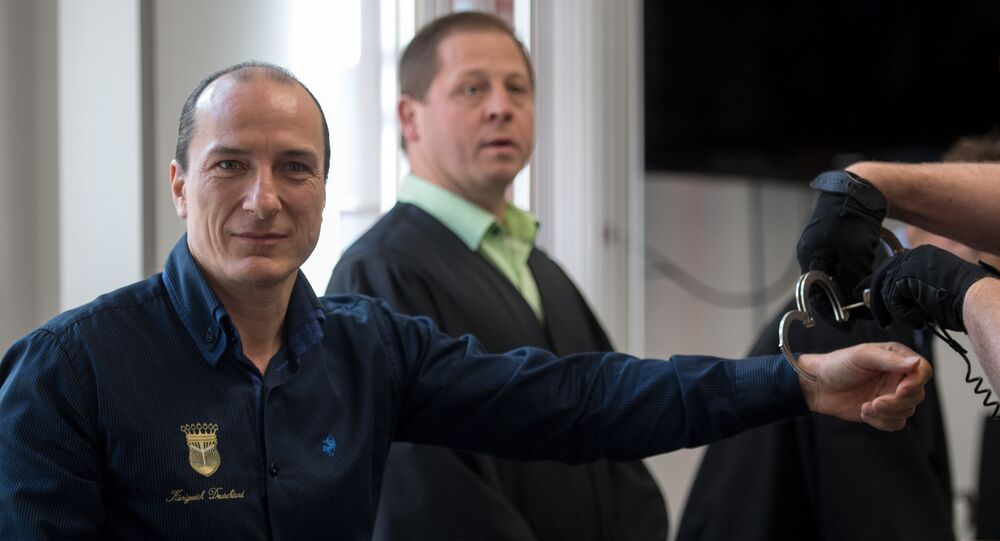 A prominent member of the German "Reichsburger" movement has been jailed for fraud after collecting money from supporters' to pay for infrastructure in his "Kingdom of Germany."

© AP Photo
Lessons From the Past: German Historian Reminds Merkel of Bismarck's Sage Advice
Well-known German "Reichsbuerger" Peter Fitzek has been jailed for three years and eight months by a court in Halle after he set up a fake bank and used it to defraud clients of €1.3 million ($1.4 million), the German magazine Stern reported.

Fitzek started calling himself the "King of Germany" after he set up his own kingdom on the site of an ex-hospital in Wittenberg, in the state of Saxony-Anhalt.

He described the site as "the former territory of the Federal Republic of Germany," and used it to attract followers. He also set up an insurance company and a "Reichsbank" which was used to handle investments in the kingdom.

According to state prosecutors, Fitzek persuaded 600 followers to pay a total of €1.7 million into the account to finance non-profit construction in the kingdom. However, he withdrew €1.3 million of the money for his own purposes and the whereabouts of the cash is unknown.

Like many followers of the Reichsbuerger movement, Fitzek, who released a tirade of insults when he heard the judge's verdict, refuses to recognize German law.

© Flickr / mrWerner
Anarchy in Austria: Hundreds of Residents Declare Themselves 'State Deniers'
In January 2016 he was sentenced to 15 months imprisonment for driving without a license. He has also set up numerous businesses without seeking permits from the authorities or paying taxes, thus incurring millions of euros in debt to the state. The government eventually recovered the money by confiscating his property.

The Reichsburger movement refuses to recognize the German state in its current form, and seeks a return to the 1937 borders of the German Reich (Empire). The word "buerger" translates as "citizen."

As a result, members of the movement reject the German constitution and any state authorities including the judiciary. Some of them have come up with their own flags and identity documents, which are not recognized by the German authorities.

In January, Germany's Federal Office for the Protection of the Constitution (BfV) said that growing numbers of people are joining the Reichsburger movement, which numbers around 10,000 people. BfV president Hans-Georg Maassen said that between 500 and 600 of them are right-wing extremists.