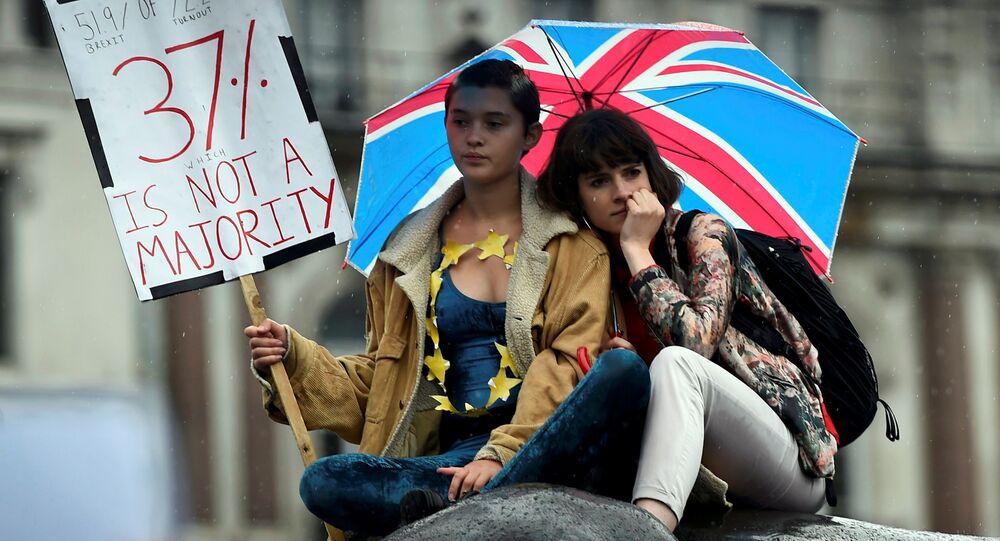 A report by insurance company Comparethemarket.com an international research firm YouGov has revealed that just under 50 percent of parents think that Brexit will leave their children worse off. The survey also showed how most families in the UK felt a "general sense of anxiousness."

© Photo : Pixabay
Half of Young UK Citizens Worried About Future, Must Put Off Having Children
With Article 50 about to be triggered, allowing Britain to officially leave the EU, research has shown that 47 percent of parents believe their children will be disadvantaged once the UK leaves the bloc.

As the survey questioned 130 parents, just over two-thirds anticipated that they will need to provide more financial support for their offspring than they received from their own parents, whilst rising livings costs dominated the concerns of 77 percent of the respondents.

Simon McCulloch, director at Compare the Market, said that there is a strong sense of "ambiguity around the impact of Brexit."

"What's becoming clear is that while parents across the UK vary in opinion, there is still a strong sense of ambiguity around the impact of Brexit on future generations which, in turn, is generating a general sense of anxiousness amongst UK families," Mr. McCulloch said in a recent interview.

"In fact, we found that over two-thirds of parents from across the country feel that we are living in a period of economic uncertainty. What we can be certain about however is that, given this sentiment, it's likely that many parents will be watching their wallets even more closely over the coming months," Mr. McCulloch added.

The survey also found that one-fifth of young parents aged 18-34 were unsure of what a post-Brexit Britain could mean for their children, while 19% believed there would be "more opportunity for employment."

Parents were generally pessimistic about their children's future, as well as the rising cost of holidays and increase in shopping bills. Almost 40 percent of parents anticipate difficulties in traveling or working within the EU.

According to the survey, almost two-thirds of parents believe healthcare should top the government agenda, while Brexit and the cost of living should be prioritized over education.