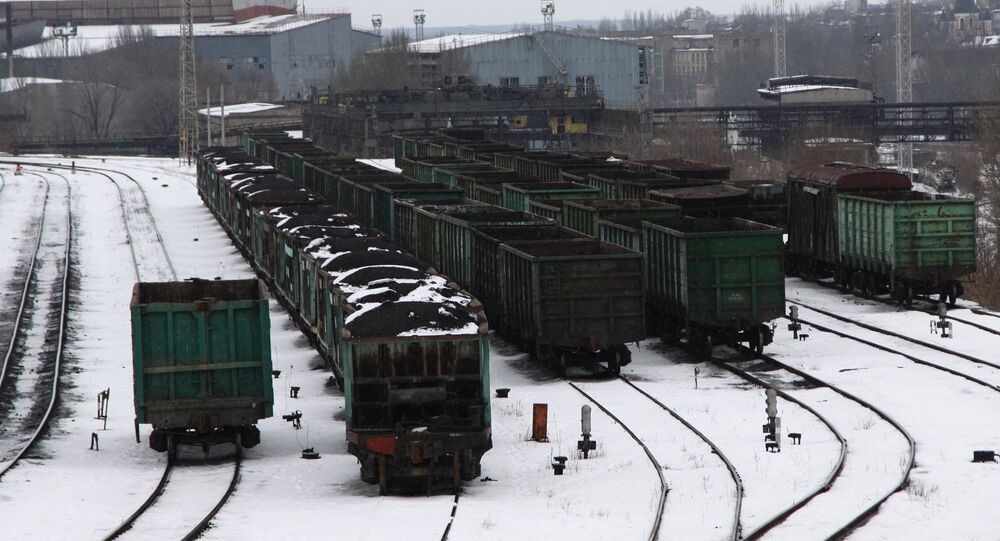 In fact, Petro Potoshenko legitimized the blockade of Donbass republics imposed by radicals and some lawmakers, though he had earlier pointed out its devastating effect on Ukraine's economy and ostensibly wanted to put an end to it.

KIEV (Sputnik) — Ukrainian President Petro Poroshenko approved the decision of Ukraine's National Security and Defense Council on the termination of cargo transportation with Donbass areas not controlled by Kiev, according to a decree published Thursday.

"Implement the decision of the National Security and Defense Council of March 15, 2017 'On urgent additional measures to counter hybrid threats to Ukraine's national security'," the document said.

© REUTERS / Konstantin Chernichkin
Full Transport Blockade of East Ukraine 'Pushing Donbass Away' From Kiev
On Wednesday, Ukrainian President Petro Poroshenko proposed to the country's National Security and Defense Council (NSDC) to completely halt transport connection with the self-proclaimed Donetsk and Lugansk people's republics until the enterprises in regions return to Ukraine's control. Later in the day, the NSDC made the corresponding decision.

The blockade of railway tracks between the republics and Ukraine began in late January by former participants of military operations in Donbass. It has led to disruptions in deliveries of anthracite coal to Kiev-controlled territories.

© Sputnik / Irina Gerashchenko
Moscow Warns Kiev Against Humanitarian Disaster Amid Donbass Blockade
The Donbass conflict erupted in April 2014 as a local counter-reaction to the West-sponsored Maidan coup in Kiev that had toppled President Viktor Yanukovych in February. Residents of the Donetsk and Lugansk regions held independence referendums and proclaimed the People's Republics of Donetsk and Lugansk. Kiev has since been conducting a military operation, encountering stiff local resistance.