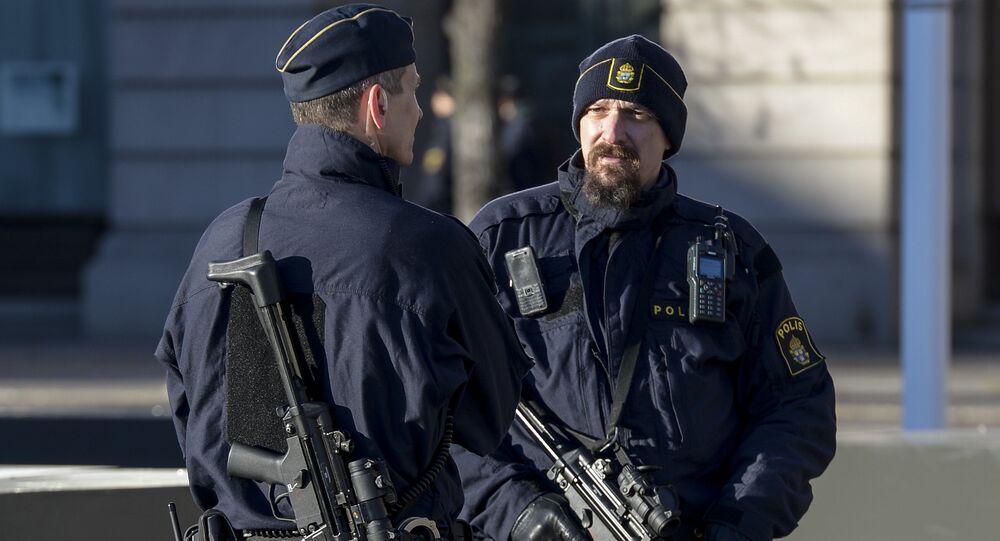 Despite Sweden's attempts to whitewash its image at home and abroad with calming statistics that seem to disprove the recent years' crime wave, even Prime Minister Stefan Löfven had to admit that the country had a problem with organized crime. In blighted ghetto areas, children start their criminal careers early.

© Photo : Pixabay
Sweden Muzzles Its Cops to Uphold Political Correctness
Swedish national broadcaster SVT interviewed two teenagers from Stockholm, who at age 15 and 17 had already become deeply rooted in organized crime. In Stockholm, which saw a dramatic surge of shootings in recent weeks, at least twelve gang wars were reportedly going on.

The boys, who chose to conceal their identity from both police and other local criminals, admitted to having committed crimes when they were as young as 11. Today, they are providing their neighborhood with drugs and stolen goods. By their own admission, they are not part of a criminal gang, but rather a loose-knit group, which nevertheless accepts "help" from similar-minded "not gangs."

A 2016 report by the National Council for Crime Prevention (Brå) named Criminal Networks and Groupings indicated that such loosely-knit groups often end-up in shootings in connection with unfinished business and turf wars. According to the same report, wide-spread drug-use makes things even worse.

"Today, you cannot go without weapons. Either you have a gun hidden in the bushes or in the woods somewhere, for as soon as something happens, weapons are drawn," one of the teenage criminals told SVT, acknowledging that he did not see any way out. "No, I'm not thinking forward. I think I will die when I'm 20 years old," the 15-year-old told SVT.

"There is so much we cannot reach from this neighborhood. We cannot be like other citizens. We are limited. Well-off people have no reason to venture into this," one of them told SVT.

Meanwhile, Stockholm's police force is severely understaffed, and lacks investigators amid a national police crisis of unseen proportions. Low wages, demanding routines and previously unforeseen "occupational hazards" in the form of no-go zones, where police are habitually attacked with stones and hand grenades, have triggered a mass exodus from the Swedish police force.

© REUTERS / Claus Fisker
War Criminals, Terrorists Slipping by Overloaded Swedish Migration Board
This resulted in a marked drop in the percentage of the crimes solved (to an abysmal 7 percent), which nevertheless, did not surprise Jerzy Sarnecki, a renowned professor of criminology from Stockholm University. According to Sarnecki, Swedish police have always been ineffective and have experienced decreasing productivity in the past decades. According to Sarnecki, Swedes expect their police to perform too many services. Their focus should be shifted to crime-prevention, a task currently shared between law enforcement agencies and welfare services.

"Basically, the public expects too much from the police. Unfortunately, the percentage of the crimes solved will never be much higher than that of today," Jeczy Sarnecki told SVT.

While Swedish police remain underfunded despite ongoing restructuring, prospects for additional money remain dim. A bitter rivalry for tax money has emerged, pitting the police against the armed forces, the public health care sector, the school system, and last but not least, government agencies responsible for the integration of immigrants.

So far, however, the crux of Stockholm's strategy seemed to be publishing reports that challenge the proliferation of ethnic ghettos and the rise of gang crime with pacifying figures, which seem to portray an unlikely downward trend in both violent crime and the number of victims.