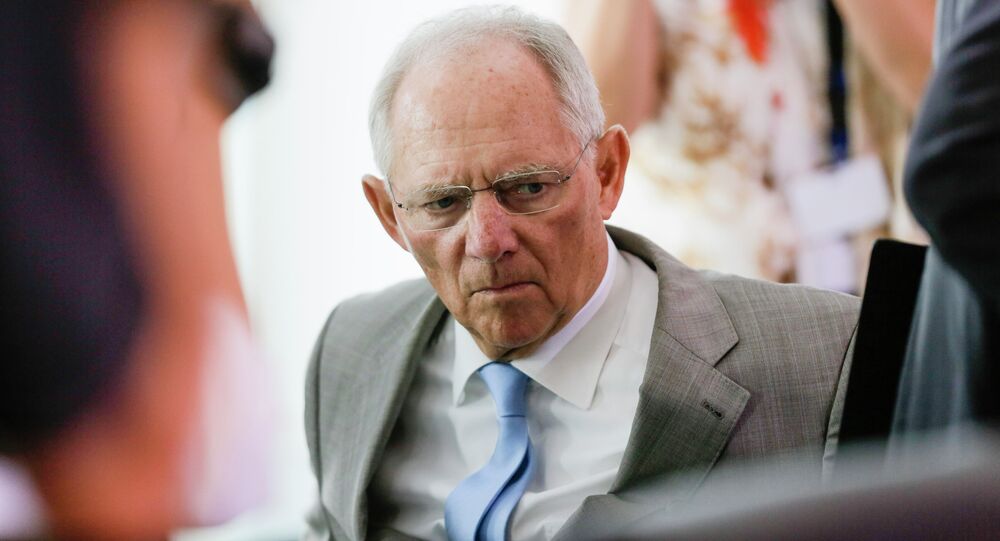 The explosive-laden package addressed to German Finance Minister Wolfgang Schaeuble that was intercepted by the finance ministry's main department was sent on behalf of a Greek opposition politician, media reported Thursday.

Georgiadis confirmed on his Twitter account that his name had, indeed, been noted as the sender of the parcel, adding that he himself was "constantly targeted by terrorists."

According to media reports, a few hours after the information about the parcel had appeared, unidentified men detonated an improvised explosive device near Georgiadis' book store.

In 2010, the Conspiracy of Fire Nuclei, a Greek-based anarchist organization, carried out a number of similar attacks, sending parcels with bombs to foreign embassies in Athens, as well as to a number of foreign leaders, including German Chancellor Angela Merkel.

Schaeuble has become unpopular in Greece, as he is blamed for the delay of the second review of the Greek bailout program aimed at pulling the country out of its debt crisis. Greece has received a number of austerity packages adopted by the parliament, as well as several bailout payments provided by the European Commission, European Central Bank and the International Monetary Fund. These loans, however, only resulted in the increase of the country's debt.

In 1990, Schaeuble survived an assassination attempt after an election campaigning rally in the German city of Oppenau. The shooter injured Schaeuble's face and spinal cord, leaving him paralyzed below the waist and bound to a wheelchair.