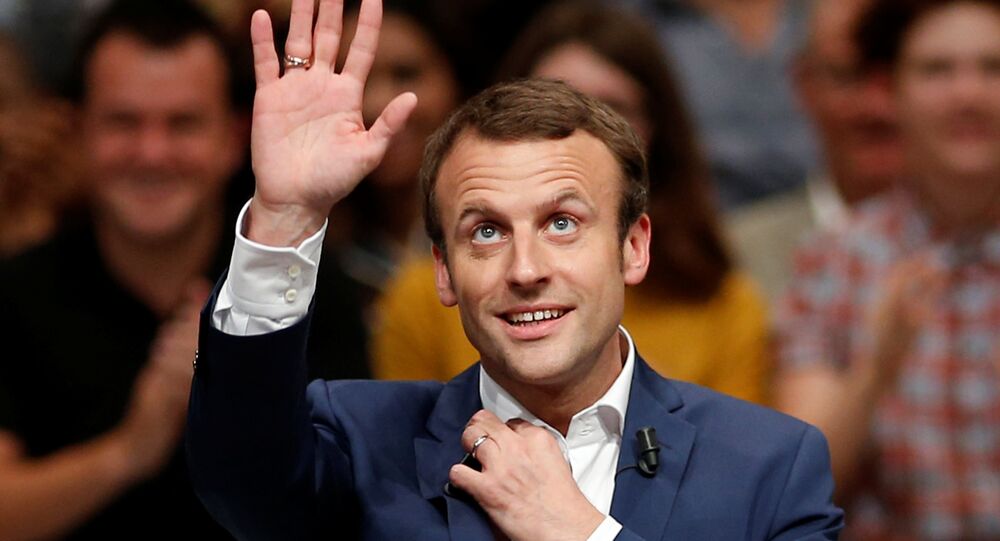 France’s main political parties have fully lost their credibility so their members support independent presidential candidate Emmanuel Macron to secure their own political future, a member of the European Parliament from France, Bruno Gollnisch, told Sputnik.

MOSCOW (Sputnik) — He added that they see the candidate's possible victory as the most viable way to do so.

On Thursday, French Foreign Minister Socialist Jean-Marc Ayrault stated that that he was going to support Macron rather than conservative candidate Francois Fillon or National Front leader Marine Le Pen. The same week, President of the French National Assembly, Socialist Claude Bartolone also announced his intent to vote for Macron.

"Traditional political parties are discredited and the rats leave the ship. Whether the left-wing Hamon or Mélenchon, or the members of 'Les Republicains,' they rallied to the one they hope will be able to give them a place," Gollnisch, a member of the French National Front party, said.

During the presidency of Socialist Francois Hollande, France faced high levels of unemployment, while The Republicans' candidate Francois Fillon has been implicated in a big financial scandal involving his wife and children's fake employment.

Gollnisch explained Macron’s popularity as being greatly influenced by the fact that he supports globalization, something that the left and the center in France had been advocating for many years.

The first round of the French presidential election is slated for April 23, with the run-off between the top two candidates scheduled for May 7.