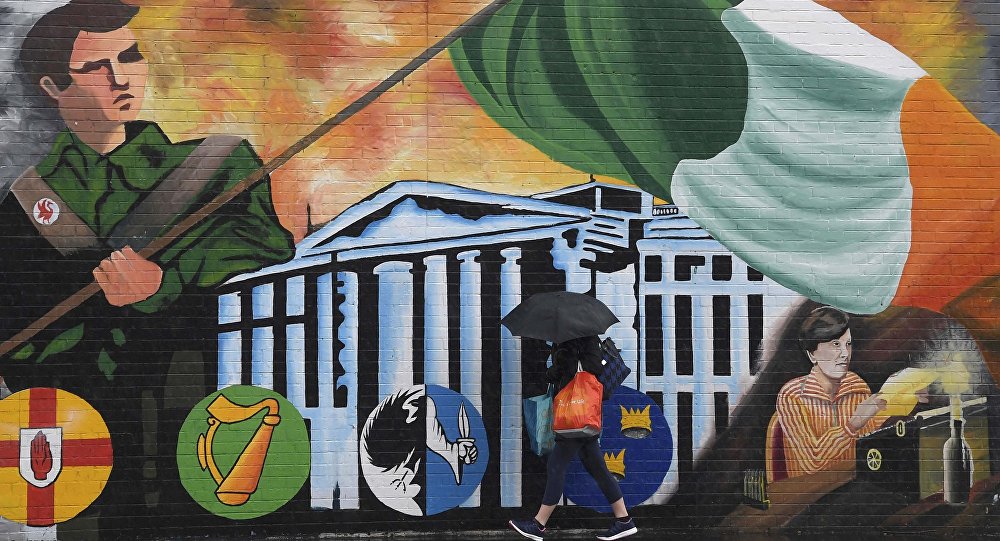 UK Prime Minister Theresa May has ruled out a referendum on Northern Ireland's membership of the United Kingdom, just days after the First Minister of Scotland, Nicola Sturgeon demanded a second independence vote, ahead of the conclusion of Brexit talks.

In the June 23, 2016, referendum on British membership of the EU, 52 percent of the UK voted to leave, but 55.8 percent in Northern Ireland and 62 percent in Scotland voted to remain, leaving Brexit Secretary David Davis with even more of a conundrum than he needed.

Both Scotland and Northern Ireland are seeking a Brexit that effectively maintains something similar to the status quo, with Scotland threatening a second referendum of Scottish membership of the UK.

Northern Ireland — which is struggling to form a new administration following snap elections, March 2 — has a special case to argue, in that the issue is intrinsically linked to the Northern Ireland Peace process, which ended decades of violence, bombings and murders.

Under the peace process, Northern Ireland now has a devolved administration which relies on a balance of power between unionists and the republicans. The previous power-share between the Democratic Unionist Party (DUP) and Sinn Fein broke down over a botched renewable energy scheme, which cost the administration over US$600 million.

Now all the parties in Northern Ireland have just two weeks to form an administration or facing direct rule from London, or another election. The political uncertainty is compounded by the issue of the border with Ireland, which will remain a member of the EU, creating a politically charged question over border controls.

Most recent opinion polls have shown a majority of people in Northern Ireland want to remain part of the United Kingdom.

The latest IPSOS-MORI poll, September 2016, showed 63 percent wanting to remain in the UK, with just 22 percent supporting a united Ireland.

"Brexit will be a disaster for the economy, and a disaster for the people of Ireland. A referendum on Irish unity has to happen as soon as possible. [The British Government] are continuing to refuse to listen to the majority view and they are refusing to honor their commitments and agreements," Sinn Fein's leader in Northern Ireland Michelle O'Neill told reporters in Belfast.

​The issue was brought up in parliament, March 14, when Nigel Dodds, the MP for Belfast North asked if there could be a "border" poll for Northern Ireland.