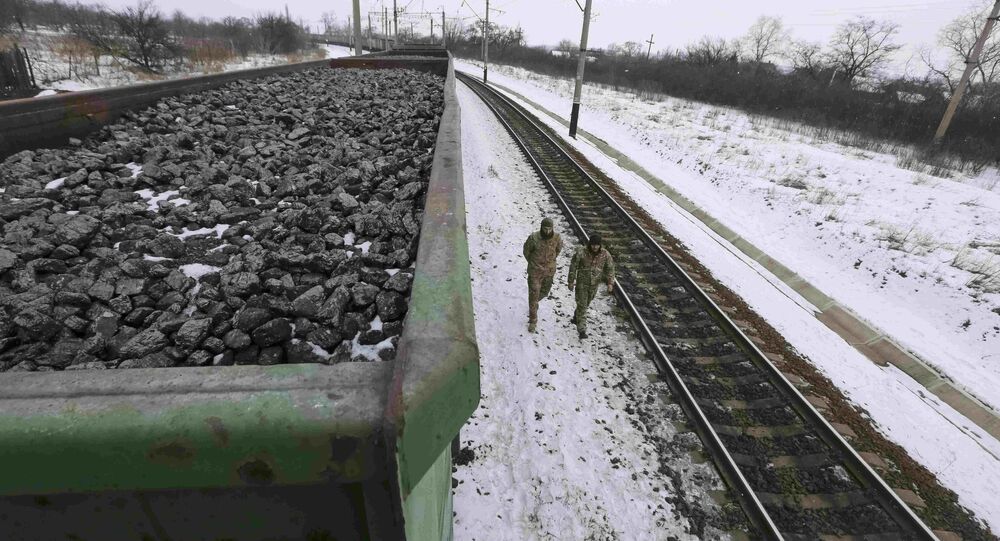 The full transport blockade of Donbass may result in deterioration of economic situation in Ukraine as well as escalation of the conflict in eastern part of the country, Rodion Miroshnyk, a representative of the self-proclaimed Lugansk People's Republic to Minsk talks, told Sputnik on Wednesday.

LUGANSK (Sputnik) – Earlier on Wednesday, Ukrainian President Petro Poroshenko proposed to the country’s National Security and Defense Council (NSDC) to completely halt transport connection with the self-proclaimed Donetsk and Lugansk people’s republics until the enterprises in regions return to Ukraine's control. Later in the day, the NSDC made the corresponding decision.

"Such kind of pressure on the republics will only result in escalation of the conflict, deterioration of the economic situation in Ukraine, radicalization of processes, pushing Donbass away from Ukraine," Miroshnyk said.

He pointed out that the introduced measure was a violation of the UN Security Council’s resolution, Minsk agreements, as well as the deals reached by leaders of the Normandy Four countries comprising Russia, Ukraine, Germany and France.

© Sputnik / Sergey Averin
Ukrainian Blockade of Donbass Defies Common Sense - Lavrov
"The open violation of international commitments [by Ukraine] is proves that the republics’ decisions on introduction of receivership regime on [Ukrainian] enterprises was right. Four million people living in the republics cannot depend on distribution of economic flows between Poroshenko and other contenders. We must protect our people and ensure the work of enterprises, look for new markets and diversify the sources for means of living," Miroshnyk added.

On March 1, the self-proclaimed republics of Donbass decided to impose the receivership regime on Ukrainian enterprises in the area in response to the transport blockade of railway tracks launched by former Ukrainian participants of military operations in Donbass.

Ukraine launched a military operation in Donbass in April 2014, after local residents refused to recognize the new government in Kiev that they viewed as illegitimate. Despite the Minsk peace accords signed in February 2015, the sides continue to blame each other for ceasefire violations.