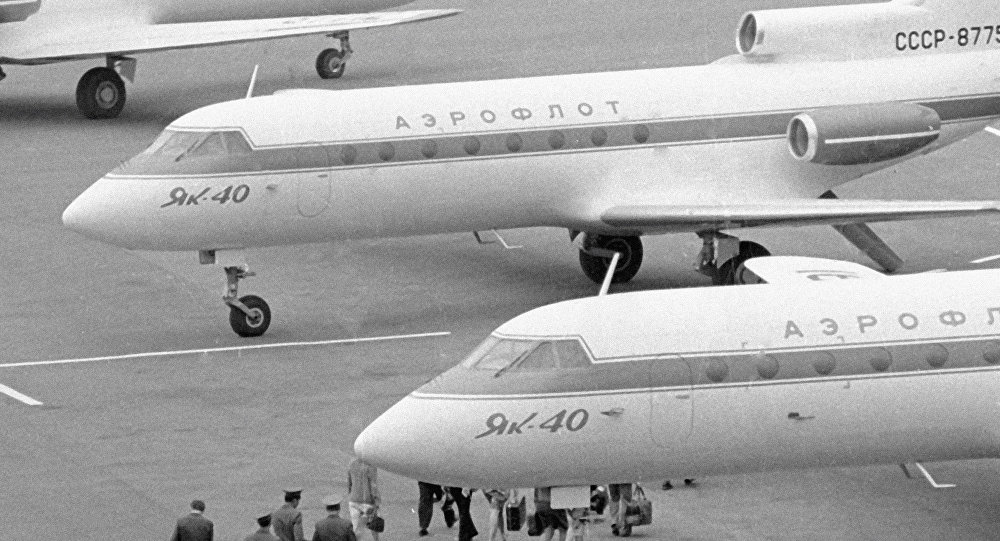 Czechs Could Save Millions Opting for Upgraded Yak Jets From Russia

Within the next three years the Czech Air Force will pension off its fleet of Russian-made Yak-40 tri-jet airliners and replace them with newer aircraft, Defense Minister Martin Stropnicky said.

Martin Stropnicky said that Prague planned to spend tens of millions of dollars to buy replacements for the workhorse Yak-40s primarily used by the country’s top officials.

Irkut Corporation
'A Perfect Choice': Vietnam Sets Its Sights on Russian Yak-130 Aircraft
“This is millions and millions of dollars we are talking about. A single modern business jet costs between $40 million and $70 million, and they are going to buy two,” aviation expert Andrei Fomin told Sputnik Czech.

He added, however, that buying new planes for the country’s top leaders was the right way to go.

“Back in its day the Yak-40 was the best of its class, the first medium-range passenger jet around and the first Soviet jetliner to get flying certificates in Germany, Italy and other Western countries," Fomin noted.

“Keeping such long-serving aircraft in good shape is not cheap, so the Czechs decided that, instead of repairing old planes they would be better off buying new ones,” Fomin said.

Martin Stropnicky did not say what kind of aircraft the Defense Ministry would like to buy in place of the Yak-40s.

“There are many planes of this class designed to carry 24-32 passengers available these days, with business jets built in the US, Canada and France.

These are luxury planes and cost a lot of money,” Andrei Fomin continued.

When asked if there was a way to upgrade the tried-and-true Yak-40, he said that the Chaplygin Research Institute in Siberia was now working on a new-look Yak-40 to be powered by a pair of US-made Honeywell gas-turbine engines, instead of the original three-engine configuration.

© Sputnik / Anton Denisov
Russia Expects Yak-130 Jet Trainers to Appear in Latin America Soon
The new Yak-40 will be faster, more economical and will boast an extended range of up to 5,000 kilometers.

“People at the Chaplygin Institute hope that once the prototype is ready to fly there will be companies willing to buy it,” Andrei Fomin said.

He added that the Czechs too should take a closer look at the upgraded Yak-40 instead of spending countless millions to buy elsewhere.