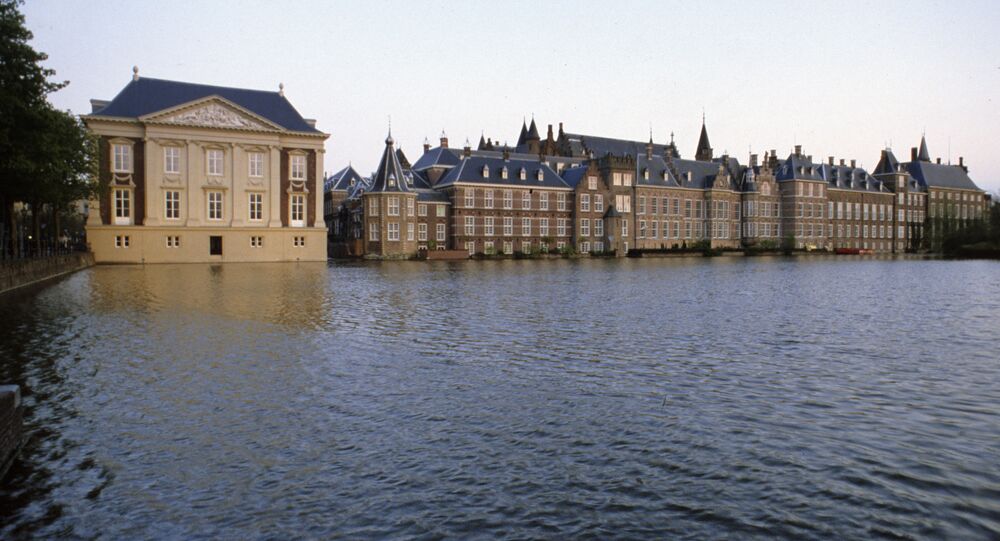 The elections to fill the 150 seats of the lower chamber of the Dutch parliament will take place on March 15.

© AFP 2020 / Martijn Beekman
Dutch Right-Wing Politicians Rutte, Wilders Up in Polls Amid Country's Row With Turkey
MOSCOW (Sputnik) — The seats will be contested by 28 parties, but the proportionate representation allows even the smallest ones play a certain role within the parliament. Besides, none of the parties is likely to get a clear majority of 76 seats or more, so a coalition will be necessary in order to form the government.

On Monday, a poll by Een Vandaag program broadcast by NPO 1 showed VVD and PVV sharing the first place with 24 potential seats each, while CDA was in the third place with 21 seats. PvdA would bring additional 10 seats to the coalition.

© AP Photo / Evert Elzinga
Dutch Moroccan Crime Rates Used in Netherlands Election Game
On Sunday, a Peil weekly poll had VVD in the lead with 24 potential seats and PVV as a runner-up with 22 seats. The Christian Democratic Appeal (CDA) is sharing the second place with PVV. While VVD's position has not changed since previous Peil survey published on March 5, PVV has lost three potential seats and a claim to leadership. PvdA was projected to get 9 seats.

Last Thursday, an Ipsos survey suggested that VVD could get 26 seats, its coalition partner PvdA could hope for 11, PVV might snag 23 seats and CDA could have 21.

At the moment, VVD has 40 seats in the House of Representatives, followed by PvdA, the Socialist Party, CDA, PVV and Democrats 66.