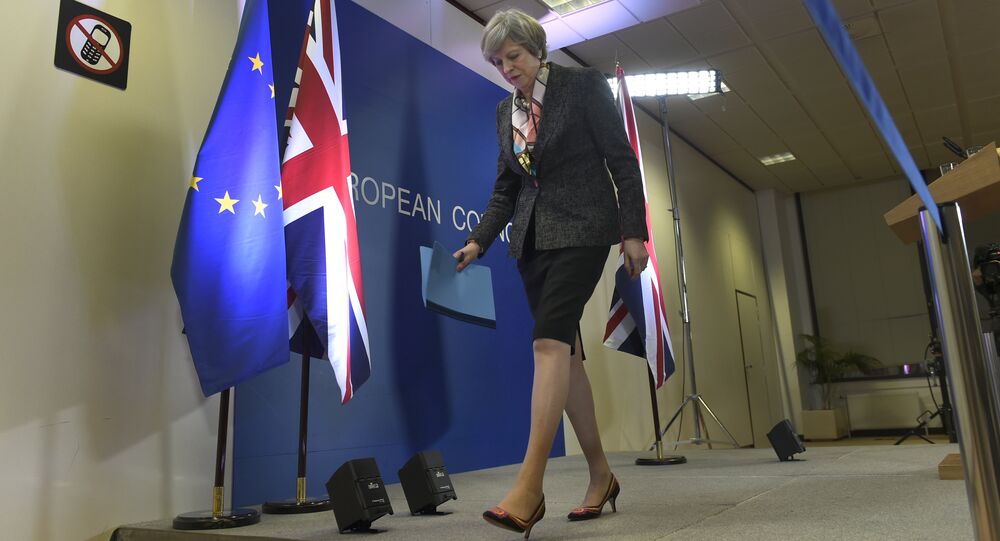 The bill on the UK leaving from the EU will proceed to royal assent soon, UK Prime Minister Theresa May said Tuesday.

© CC0
UK Parliament Gives Final Approval for Brexit
MOSCOW (Sputnik) – The bill on the United Kingdom withdrawing from the European Union will proceed to royal assent "in coming days," UK Prime Minister Theresa May said Tuesday, adding she would notify formally the parliament before the end of the month of triggering of the Article 50 of the Lisbon treaty.

"It will now proceed to royal assent in the coming days, so we remain on track with the timetable I set out six months ago. And I will return to this House before the end of this month to notify when I have formally triggered Article 50 and begun the process through which the United Kingdom will leave the European Union," May said speaking at the House of Commons.

It has been 262 days since Britain shocked the world by voting to exit the EU. On June 23, 2016 about 52 percent of UK voters cast ballots to for the island nation to leave the EU. The full terms of the UK's exit have yet to be negotiated, but much hinges at stake. Particularly, UK citizens and outside observers wonder whether Britain will keep some economic ties with the EU in the form of tariff-free trade, or whether the UK will trade with the EU like any non-EU country under rules stipulated by the World Trade Organization. Another issue is how migrants entering and leaving the UK will be treated.

© AP Photo / Martin Meissner
Brexit Talks: 'Both Sides Want to Reach a Deal, but Politics May Get in the Way'
On Monday, the House of Lords approved the bill on launching the procedure to leave the European Union without amendments, which have been proposed by the upper house. One of the amendments could give UK lawmakers veto powers on the final Brexit deal, while the other guaranteed the rights of EU citizens in the United Kingdom after Brexit, but they were rejected due to the lower house pressure.

The legislation must now be given a royal assent before becoming law and enabling Prime Minister Theresa May to trigger Brexit by the month's end.

The United Kingdom held a referendum on June 23, 2016, deciding to leave the European Union. UK Prime Minister Theresa May said the country would trigger Article 50 of the EU Lisbon Treaty, which will initiate the country's withdrawal process from the EU, by the end of March.

Brexit Talks: 'Both Sides Want to Reach a Deal, but Politics May Get in the Way'

No Brexit Deal Will Have 'Ruinous Consequences' for Britain