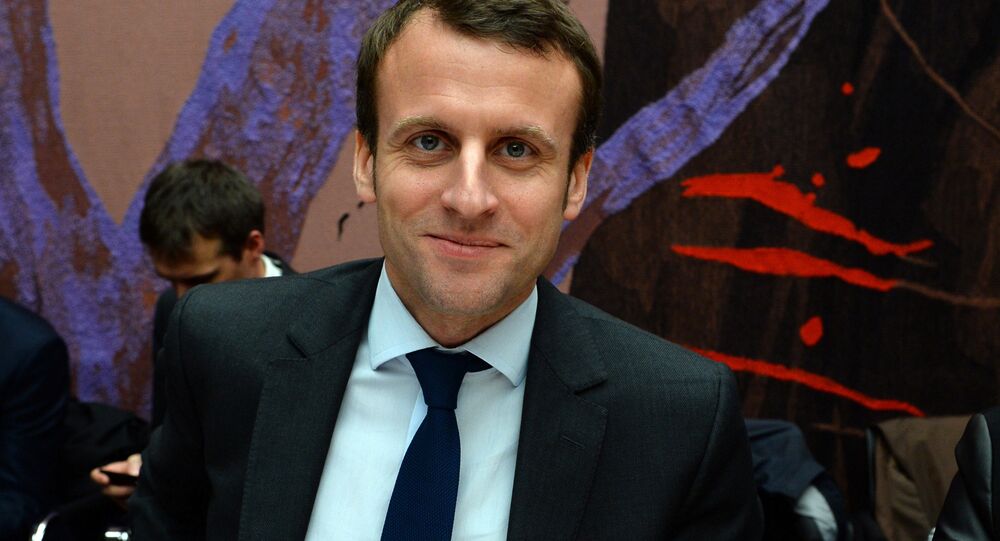 Anticor, a French anti-corruption association, filed a request to the High Authority for transparency in public life (HAPTV) demanding to verify the declaration of assets of presidential candidate Emmanuel Macron, Anticor said on Monday in a statement.

© REUTERS / Fabrizio Bensch
French Election: What Makes Macron Frontrunner and What Could Let Him Down
MOSCOW (Sputnik) – According to the statement, Macron’s declaration submitted in 2014 lacked "coherence" and the HAPTV anti-corruption body should launch a "comprehensive check" of the document.

"At the same time, his assets, according to the declaration, amount to 1.2 million euro and his debt amounted to 1 million euro; in other words his net capital was only 200,000 euro," Anticor said.

On March 10, France’s anti-corruption body, in response to the inquiry into Macron’s financial affairs, refused to provide any details on allegations the presidential hopeful owned undeclared assets, citing a law on transparency in public life, in a letter obtained by Sputnik.

The first round of French presidential election is scheduled for April 23, while the second round will take place on May 7. Macron as well as far-right candidate Marine Le Pen are favorites of the election race.