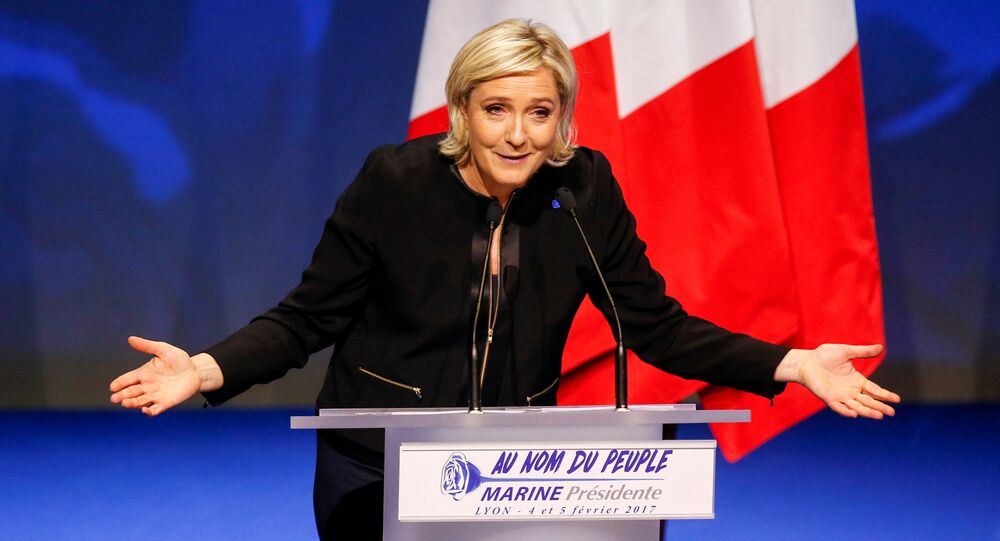 © AFP 2021 / JANEK SKARZYNSKI
Polish Defense Minister Claims NATO Troops Seek to Protect Suwalki Isthmus From Alleged 'Russian Threat'
WARSAW (Sputnik) — Russia strives for the demilitarization of Central Europe, stipulated in the agreement between the country and NATO, and Europe is able to ensure regional security if it follows its own obligations under the alliance, French National Front (FN) party leader and presidential hopeful Marine Le Pen said in an interview Monday.

She noted that the agreement, which had been concluded with Russia and which stipulated that the territories would not be militarized, was violated.

© AP Photo / Oded Balilty
Turkey-Russia Dialogue Not Alternative to Ankara's Cooperation With NATO - President's Aide
Commenting on the strengthening of the NATO’s eastern flank, Le Pen added that, as the European member states have complied with the demilitarization obligation for dozens of years, there was no reason which would prevent them from respecting it in the future.

At the 2016 NATO Summit in Warsaw, the alliance agreed to deploy its international troops in Latvia, Lithuania, Estonia and Poland. Additionally, it was agreed that out military exercises would be carried out in the Black Sea area in 2017. The actions are aimed at deterring the alleged aggression from Russia. Moscow has repeatedly criticized the increased presence of NATO's troops and military facilities near the Russian border.

In 1997, the Founding Act on Mutual Relations, Cooperation and Security between Russia and NATO, which aimed at strengthening mutual trust and building a stable, peaceful and undivided Europe, was concluded in Moscow.