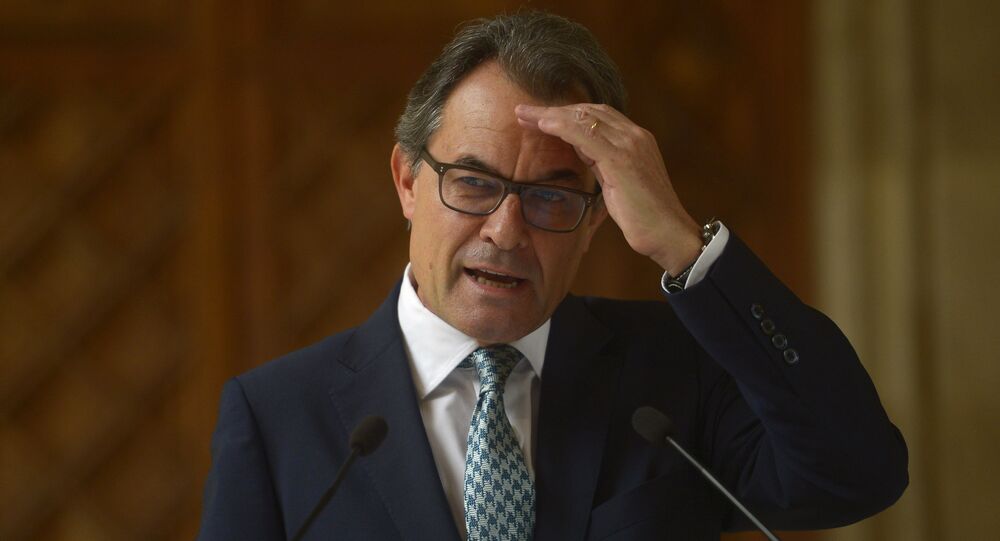 Artur Mas, the former head of the Spanish region of Catalonia, was barred by a Spanish court on Monday from public office for two years over holding an independence vote in 2014, local media reported.

MOSCOW (Sputnik) – The court also barred Joana Ortega, the deputy head of the region, from public office for nine months, while Irene Rigau, a former education minister, was barred for a yer and six months for disobedience and prevarication, according to El Pais newspaper.

The Spanish Constitutional Court repealed two resolutions, aimed at holding a referendum on Catalonia's independence from Spain, after they were illegally passed by the Catalan parliament in October 2016.

Catalonia, one of Spain's 17 autonomous communities, has long sought independence from Spain. The territory's efforts toward leaving the country have been deemed illegal by both the central Spanish government and the the Constitutional Court.

Despite the central government's ban, Catalonia conducted an informal independence referendum in November 2014, during with 80 percent voted in favor of independence from Spain.