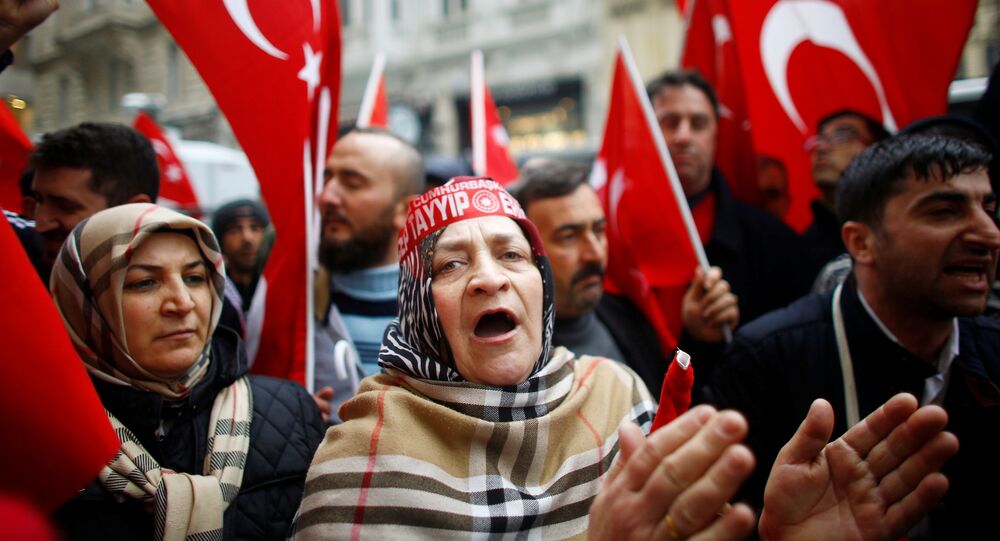 The bitter war of words between the Netherlands and Turkey has escalated after Turkish ministers were banned from addressing rallies of Turkish citizens in Holland ahead of a controversial referendum in Turkey, which will give Turkish President Recep Tayyip Erdogan massive new powers.

The amendments to the constitution include the introduction of an executive presidency that would replace the existing parliamentary system of government and the abolition of the office of the Prime Minister.

There are significant Turkish populations in both Germany and the Netherlands which are eligible to vote in the referendum leading to diplomatic tensions between all three countries, as Erdogan's minister attempt to address rallies in the Netherlands and Germany.

Significantly, the Netherlands is holding a general election, March 15, with the right-wing anti-Islam Party for Freedom — led by Geert Wilders — riding high in the polls. Rallies of Turkish residents in the Netherlands have been canceled or members of Erdogan's government have been prevented from addressing them.

"I call on all international organizations in Europe and elsewhere to impose sanctions on the Netherlands. Has Europe said anything? No. Why? Because they don't bite each other. The Netherlands are acting like a banana republic," Erdogan said March 12.

However, Rutte made it clear that the foreign minister will not be welcome if his intention is to attend rallies to ramp up support for Erdogan.

"It is not about him coming to the Netherlands. He can come to visit the Mauritshuis museum or see the tulips if there are any. We do not want him holding rallies," Rutte told a news conference in Brussels.

​The Netherlands is home to a large number of Turkish "guest workers," particularly in Rotterdam, Amsterdam and The Hague. Many of them are eligible to take part in the referendum.

The row has also affected relations between Turkey and Germany, where there is a significant Turkish population. A string of rallies over the referendum in Germany have been canceled — ostensibly for security reasons — bringing accusations from Turkey that Germany is attempting to interfere with Turkish democracy. Erdogan accused Germany of using "Nazi tactics" to prevent the rallies.

Turkish Family Minister Flies Back to Turkey After Netherlands Deportation