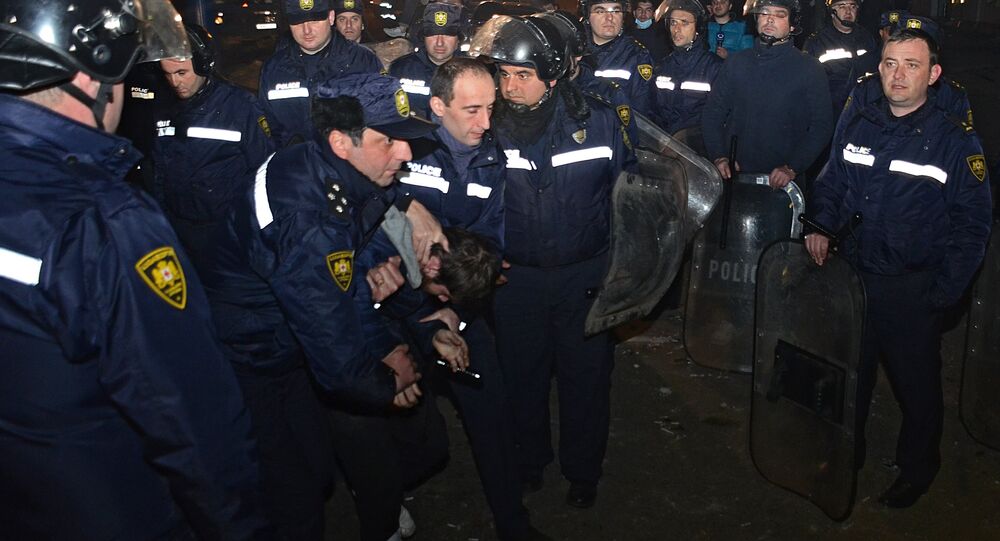 Seven out of the 40 people detained during the protests in the Georgia's southern city of Batumi have been arrested, Georgian Interior Minister Giorgi Mgebrishvili said on Monday.

© AP Photo / Seyran Baroyan
Georgian Ruling Party Vows to Maintain Order in Wake of Batumi Anti-Police Riots
TBILISI (Sputnik) — Late on Saturday, a man's disagreement over a parking fine in Batumi led to anti-police protests, which then escalated into riots.

"Every person that took part in this will be punished. Identification is underway, the criminal case has been opened and the investigation has started. As of now, seven people have been arrested over administrative violations, the rest of the 40 detainees have been temporary released," the minister said in his interview with Georgia's First Channel, adding that the administrative cases against the released are not dismissed, and that the accused will undoubtedly stand trial.

A total of 33 people, including 15 police officers, sustained minor injuries and light gas poisoning during the riots, and were admitted to local hospitals.

On Sunday, Georgian Prime Minister Giorgi Kvirikashvili, alongside members of his government, arrived in Batumi to look into the situation. He has accused "destructive" political forces of causing the riots, stressing that police were in minimum response mode to avoid any escalation.

Georgian Citizens Allowed to Visit EU Without Visa From March 28