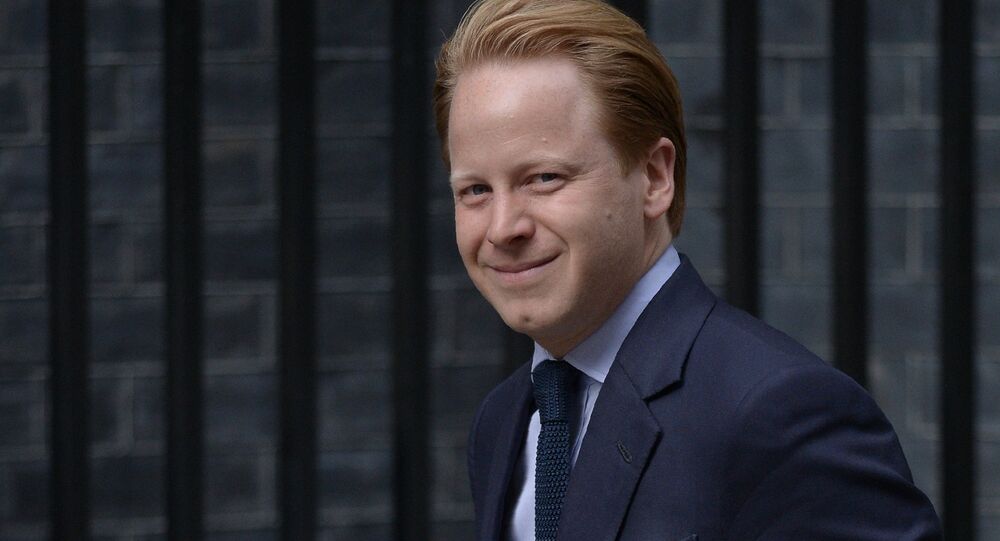 UK PM Theresa May appointed UK Minister for the Cabinet Office Ben Gummer to be responsible for anti-subversion.

This article was updated to reflect the UK government's denial of appointing the UK Minister for the Cabinet Office for anti-subversion over Russia-related concerns.

Are UK-Russia Relations Set to Improve?
MOSCOW (Sputnik) — UK Prime Minster Theresa May appointed UK Minister for the Cabinet Office Ben Gummer to be responsible for anti-subversion as part of an effort to enhance national security amid fears of Russia's possible interference in the next election, local media reported Monday.

According to The Times newspaper, Gummer will be in charge of protecting the Britain's democracy following concerns that "Russian cyberattacks, fake news and money could destabilise democracy."

On Sunday, the UK Government Communications Headquarters (GCHQ) warned the United Kingdom's political parties in a letter to safeguard their network communications, and cautioned that government institutions and think tanks may become targets for hacking attacks.

© REUTERS / Andrew Matthews/Pool
UK-Russia Ties Unlikely to Be 'Usual,' London to Back Anti-Moscow Sanctions
UK Foreign Secretary Boris Johnson said Sunday that London had no evidence at the moment of Russian involvement in trying to undermine the UK "democratic processes."

The Russian hacking scandal emerged in the United States, with Washington claiming that Moscow allegedly influenced last year's US presidential elections. Similar unfounded accusations have been made in Germany and France.

Kremlin spokesman Dmitry Peskov refuted any allegations about Russia's alleged involvement in US election process and said that Russia did not cooperate with US President Donald Trump's staff during the election campaign. Trump has also said there was no evidence to suggest that the election results had been swayed.

The next UK general election is due to be held before May 2020.

However, the British government's press service told BCC Russian Service that the claims that Theresa May appointed UK Minister for the Cabinet Office for anti-subversion over concerns related to Russia are absolutely false.

UK Government Urged to Coordinate With Russia in Fight Against Daesh