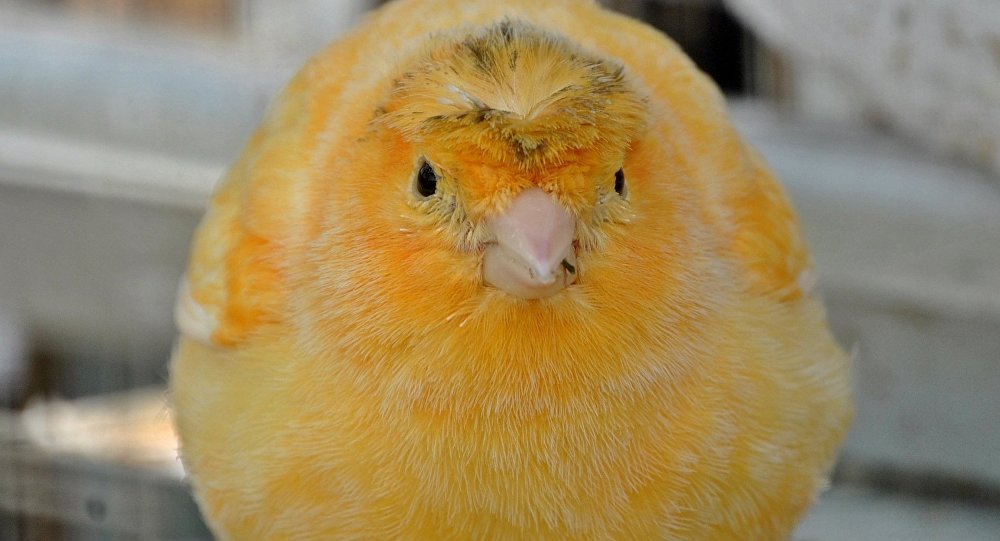 In the aftermath of the recent Vault 7 revelations about CIA hacking, the authorities should borrow from the "canary in a coal mine" principle to ensure that people are more aware of what intelligence services are up to, Die Linke politician Martin Kliehm told Sputnik Deutschland.

© CC0
Can of Worms: CIA Malware for Hacking Phones and TV's 'Will Be Used by Hackers'
A German leftist politician has come up with an idea to help prevent intelligence agencies like the CIA hacking and spying on citizens with impunity.

Martin Kliehm, chairman of Die Linke in the city of Frankfurt, told Sputnik Deutschland that in the aftermath of the Vault 7 revelations, the authorities should borrow from the "canary in a coal mine" principle to ensure that people are aware of what intelligence services are up to.

Kliehm said that the activities of security services have effectively placed all citizens under suspicion, and the government needs to implement a warning system for the relevant civil society organizations that tells them people's right to privacy is being breached.

"In principle, the entire population is under suspicion of terror. We are all terrorists. I think this is already too much. That's why I call on tech manufacturers to make their products as safe as possible and I advise large corporations like Google, Microsoft and so on, to incorporate a 'canary' so that civil rights organizations can recognize if these companies have received requests from intelligence services to construct 'a secret backdoor' in their products," Kliehm said.

In the past, canaries were taken into mines because they are very sensitive to dangerous gases such as carbon monoxide. If the canary showed signs of distress or fell off its perch, it meant that gas had collected in the mine and warned the miners that they should exit the mine tunnels.

Kliehm said a "warrant canary" statement could be used to indicate secret orders from intelligence agencies that force tech companies to reveal user data. At present, companies in the US receive a National Security Letter or US Foreign Intelligence Surveillance Court order asking them for user data. However, they are not allowed to publicize the receipt of such a document.

A "warrant canary" would involve companies regularly publishing a statement that they have not received a National Security Letter or court order. If they don't publish the statement, it means that the company has received a secret order.

"The Snowden revelations in 2013 made it known that the US Consulate General in Frankfurt is most likely one of the sites (used by) the NSA and people across the world are simply being listened to with PRISM and all these other tools," Kliehm said.

PRISM is the name of a tool used by the NSA and FBI to collect user data from users of nine US internet communications companies, including Google, Facebook and Microsoft.

PRISM software was also bought by Germany's Federal Intelligence Service (BND), which had known about the existence of the tool since 2011, along with the German Bundeswehr.

"Of course, here in Germany we have some influence. We could impose stricter parliamentary control on the BND. In the last few years it has come to light several times that the BND, beyond the scope of its powers, passed data on to the NSA. It also became clear that there was surveillance and wiretapping that breached the constitution."

On Tuesday WikiLeaks released thousands of documents leaked from the CIA's Computer Operations Group, the first batch of what it calls Vault 7.

The documents reveal that the CIA developed more than a thousand hacking systems to exploit vulnerabilities and remotely control popular tech products and devices such as Android, Windows, iPhone and Samsung smart TVs.

Is Alexa Connected to the CIA?