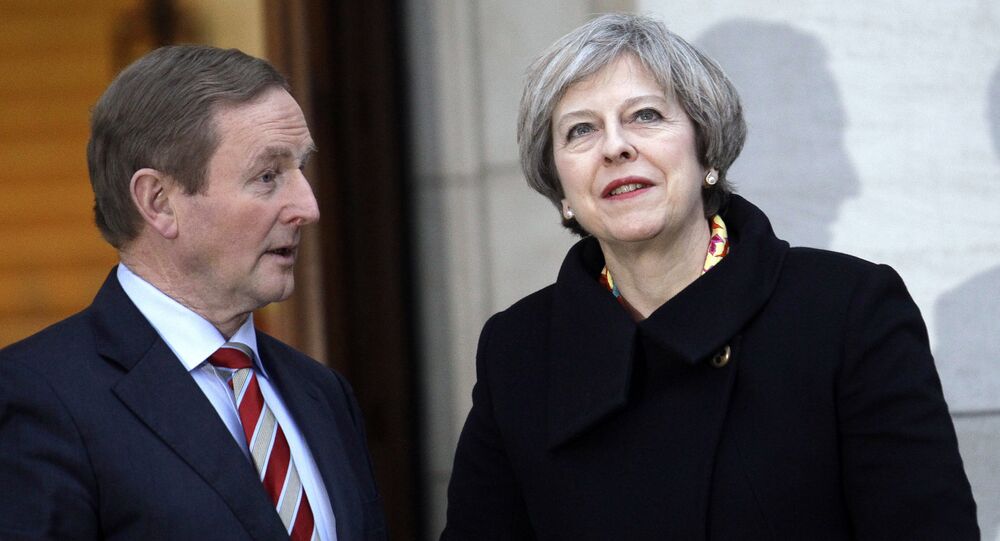 UK Prime Minister Theresa May and Irish Taoiseach [prime minister] Enda Kenny are to meet, March 9, to discuss a way through the political breakdown that has paralyzed the Northern Ireland executive for weeks and could end in direct rule from London.

Under the agreement, the two major parties elected to the Northern Ireland Assembly enter into a power-sharing agreement, whereby the majority party nominated the First Minister to the Executive, which carries out the work of the devolved government, while the second largest nominates the deputy First Minister.

However, McGuinness resigned, January 9, over a row between the two parties over a botched green energy scheme (the Renewable Heat Initiative, or RHI) originally overseen by Foster, which was supposed to incentivize people to switch to renewable, but which ended in farce when the scheme paid out more than the cost of the fuel, leaving taxpayers with a bill of up to US$486 million.

Under the terms of the Northern Ireland Act 1998, if either the First Minister or the deputy stands down, the other automatically loses power. Without agreement to replace both, the Secretary of State for Northern Ireland — James Brokenshire — had a legal duty to call fresh elections.

The results of that election, March 2, was that the DUP lost its overall majority, winning 28 seats and Sinn Fein gained, taking 27 seats. However, negotiations over power-sharing have been hampered by a lack of trust between the two main parties, with Sinn Fein refusing to accept Foster as First Minister until the results of an investigation into the RHI scheme has been concluded.

If no agreement is reached within the next two weeks, in theory, power returns to London and direct rule is imposed, once again fanning the flames of disunity within Northern Ireland and threatening the whole peace process.

Worse still for May and Kenny, are the upcoming Brexit negotiations with Brussels on how the UK would fit with the EU after it leaves the union. At issue is the historically important border between Northern Ireland and Ireland, which has been open and control-free as part of the peace process.

As Britain leaves the EU, that border would become an EU border, which — depending on the outcome of Brexit negotiations — could become a "hard border" inhibiting vital trade between Northern Ireland and Ireland, once again reopening old wounds between unionists and republicans.

London is keen to enlist the help of Dublin to help smooth the way to broker a compromise over the Northern Ireland executive power-share issue, as well as to pave the way for a continued open border with Ireland post-Brexit.