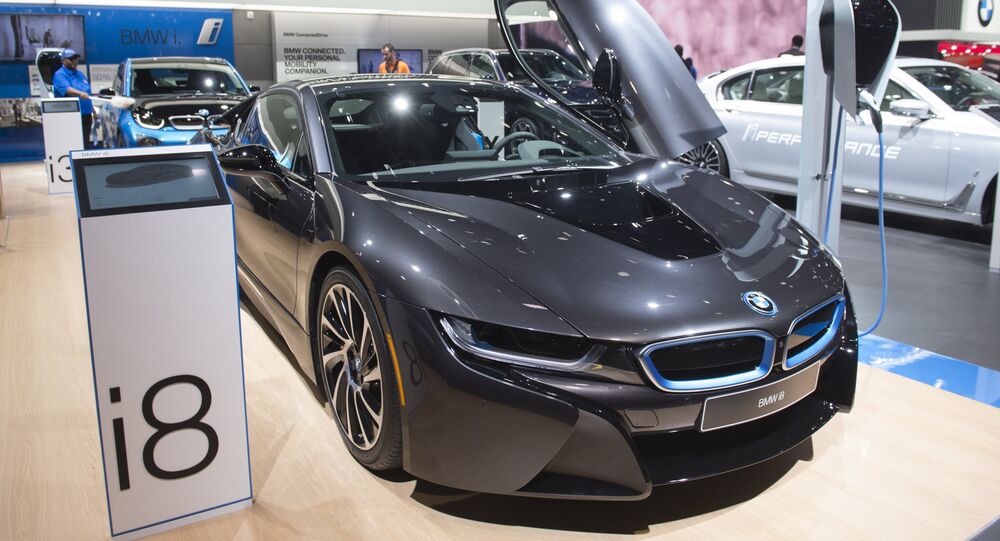 Berlin is keen to diplomatically deter the US from imposing a ten-fold increase on its import tariffs during bilateral meetings next week, but all options remain on the table, the German newspaper Suddeutsche Zeitung reports.

© Sputnik / Ruben Sprich
Trade War: Trump Proposes to Ignore WTO Rules That ‘Violate’ US Sovereignty
Berlin is determined that the EU present a united front in trade talks with the US, but Washington is keen to start bilateral talks with Angela Merkel and Wolfgang Schauble on the issue next week, the German newspaper Suddeutsche Zeitung reported on Wednesday.

On March 14, Chancellor Merkel arrives in Washington for her first meeting with President Trump. The meeting could be a turning point in their relationship, which has been somewhat hostile so far.

Trump repeatedly criticized Merkel's migrant policy during his election campaign and since then has targeted Germany's economic policy too. In January, he called the EU a "vehicle for Germany" and threatened to impose a 35 percent import tariff on BMW cars.

At present, the standard tariff for cars exported to the US is 2.5 percent of their value. The tariff for pickup trucks and commercial vans, however, is ten times higher, at 25 percent. The EU sets a standard ten percent tariff on all imported motor vehicles.

Rather than negotiating with the EU as a whole, the Trump administration wants to start bilateral negotiations with Germany and other countries individually.

However, Berlin is determined that the EU maintain a united front in trade talks with the US and is considering three options in response to a possible hike in US import duties.

One proposed option would take place on the national level, allowing companies to offset the cost of the US customs duty against their domestic tax responsibilities. However, this would shift the burden to state budgets.

The EU, or an individual country, could also opt to bring a case against the US to the WTO. However, such cases can take years to reach their conclusion and there is no guarantee that the tribunal would rule in the EU's favor.

The third option would be a retaliatory EU-wide measure to raise import duties in response to the US move. To achieve this, all EU countries would have to agree on the measures, and they would need the approval of the WTO.

© AFP 2021 / PATRICK HERTZOG
Berlin Beware: EU Army is Chance for US, France 'to Wage Wars With Our Soldiers'
Another focus of bilateral talks between Germany and the US is the latter's trade surplus. On Monday, Trump's senior trade advisor Peter Navarro said the $65 billion US trade deficit with Germany was "one of the most difficult" trade issues and needs to be reduced.

Navarro had earlier accused Berlin of profiting from its position as the leading economy in the Eurozone. For the past two years, the European Central Bank (ECB) has pursued an aggressive monetary easing program that stopped the euro from increasing in value.

Germany "continues to exploit other countries in the EU as well as the US with an 'implicit Deutsche Mark' that is grossly undervalued," Navarro told the Financial Times in January.

German Finance Minister Wolfgang Schauble, who is slated to meet with his US counterpart Steven Mnuchin on the sidelines of the G20 meeting of finance ministers in Baden-Baden next week, responded by blaming the ECB for the Euro's weakness relative to its biggest economy, Germany.

Lavrov: 'No Single Conflict' Can Be Settled Without US

Airstrikes and Racism: China Lashes Out at 'Terrible' US Human Rights Situation