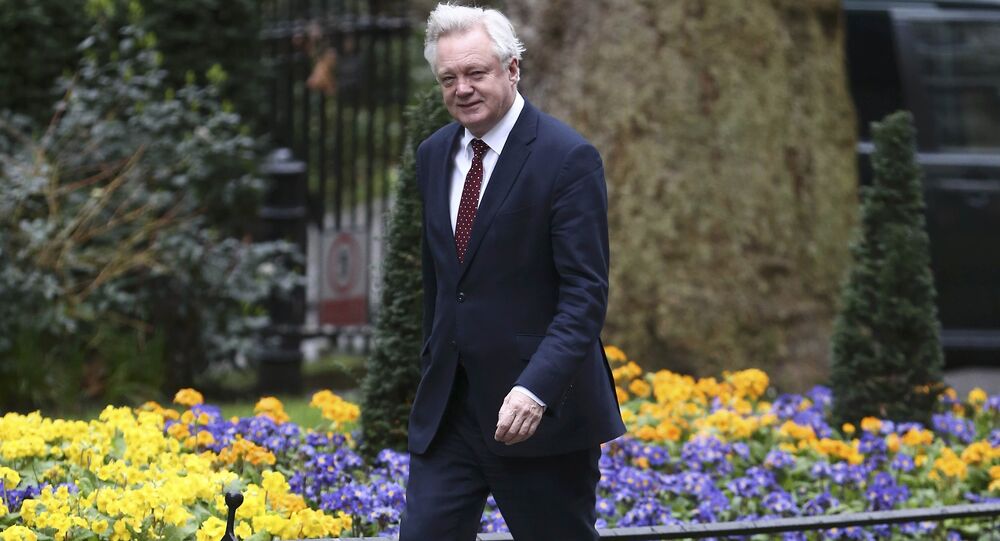 The UK Secretary of State for Brexit, David Davis, is coming under increasing pressure to make special arrangements from Scotland and Northern Ireland - both of which voted to remain in the European Union - in the upcoming negotiations with Brussels.

In the June 23, 2016 referendum on British membership of the EU, 52 percent of the UK voted to leave, but 55.8 percent in Northern Ireland and 62 percent in Scotland voted to remain, leaving Davis with even more of a conundrum than he needed.

The 48% who voted Remain must also be heard in any final #Brexit deal. They have the same right to be heard as everyone else: pic.twitter.com/Pm5aAPbH9B

​Both Scotland and Northern Ireland are seeking a Brexit that effectively maintains something akin to the status quo, with Scotland threatening a second referendum of Scottish membership of the UK.

Northern Ireland — which is struggling to form a new administration following snap elections, March 2 — has a special case to argue, in that the issue is intrinsically linked to the Northern Ireland peace process, which ended decades of violence, bombings and murders.

Under the peace process, Northern Ireland now has a devolved administration which relies on a balance of power between unionists and the republicans. The previous power-share between the Democratic Unionist Party (DUP) and Sinn Fein broke down over a botched renewable energy scheme, which cost the administration over US$600 million.

Now the parties in Northern Ireland have just three weeks to form an administration or facing direct rule from London. The political uncertainty is compounded by the issue of the border with Ireland, which will remain a member of the EU, creating a politically charged question over border controls.

However, Sinn Fein walked out of the latest meeting with Secretary of State James Brokenshire because all he did was "waffle, waffle, and more waffle."

Scotland, meanwhile, has not ruled out a second referendum, which could lead to it leaving the United Kingdom and going it alone within the EU. The Scottish government believes that the UK's continued membership of the European Single Market — through the European Economic Area (EEA) agreement — is possible and that "the EU Customs Union is both feasible and desirable."

​"There is no basis whatsoever for the assumption that all of those who voted to leave the EU also wanted to exit the European Single Market. Indeed, it is arguable that quite the opposite was the case — that there is simply no majority support for taking the UK out of the European Single Market or EU Customs Union," the Scottish government says in its paper on Brexit.

Davis faces UK Prime Minister Theresa May triggering Article 50 of the Treaty of Lisbon at the end of March and then having to go to Brussels arguing for a three-way special deal over Brexit: one that works for England and Wales, as well as differently for Scotland and Northern Ireland.

David is hosting the latest meeting of representatives from each country, March 8, as part of prenegotiations to reach common agreement on what Brexit actually means for each country.

'We Didn't Vote for This': Anti-Brexit Campaign Takes Message to UK Streets