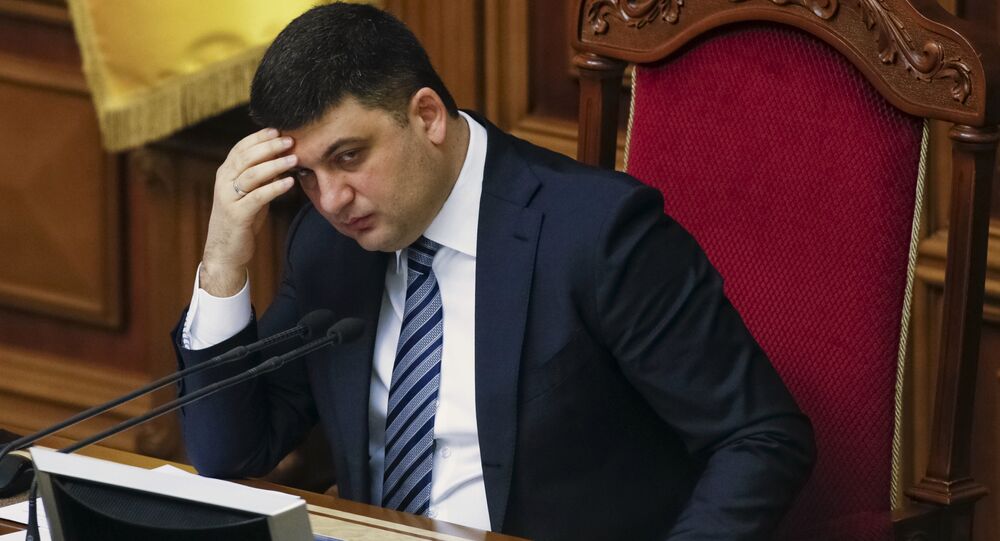 KIEV (Sputnik) — Coal shipments from the east were interrupted in January by veterans of the Ukrainian military operation to reclaim eastern territories, who likened them to smuggling.

"We lose 2-4 billion hryvnas a month. This is the price," Groysman said in a statement published on the cabinet's website.

Kiev has defended trade with the breakaway provinces, saying suppliers were registered in government-controlled territories and paid taxes to the government.

In late January, a group of former participants of Ukraine's military operation in Donbass, including Ukrainian lawmakers, blocked on some sections freight railroad links with areas in Donbass not controlled by Kiev. They claimed that any trade with the self-proclaimed republics was illegal, and all ongoing trade transportation meant smuggling. The blockade has led to a disruption in anthracite coal supplies to Ukraine, which forced the Ukrainian authorities to introduce emergency measures in the energy sector in order to save resources.