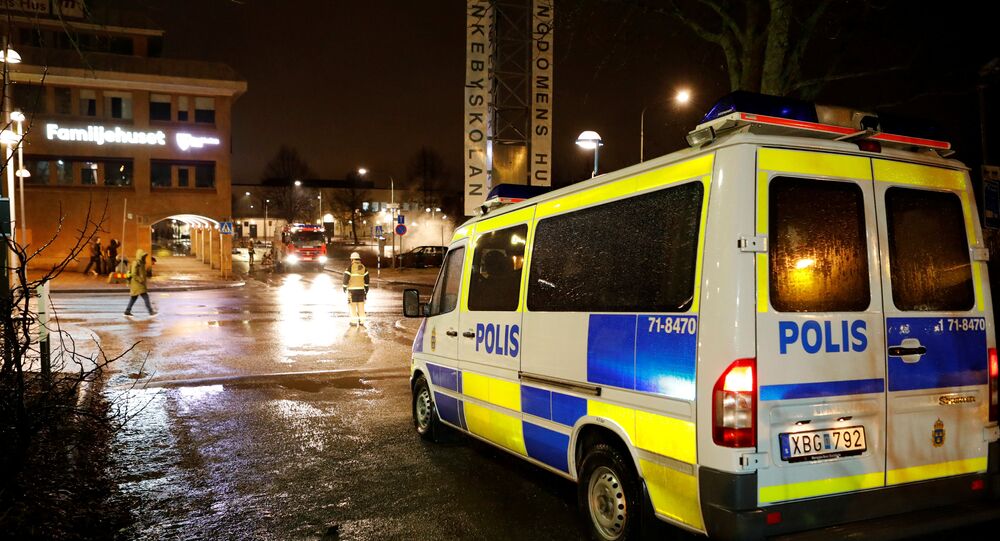 Following a series of rants by US President Donald Trump on immigration, Sweden, which is arguably one of the world's most migrant-friendly countries, has been on the back foot defending its policy. And some of these efforts did not fare too well.

After former UKIP leader Nigel Farage branded Sweden's third-largest and "most multicultural" city of Malmö "the rape capital of Europe," Johansson's efforts to defend her homeland flopped bitterly, as she falsely claimed sex attacks to be "going down, and going down and going down."

Her comment, however, had a severe backlash, as Johansson was subsequently accused of airing "fake news" by fellow members of parliament and experts alike, including senior Concervative MP Elisabeth Svantesson. Criminologists and ordinary users armed with statistics flocked to social media to point out the Minister's blatant mistake. In 2016 alone, a 13 percent increase in sex crimes was reported together with a steep general upward trend over the last decade. In some places, such as the city of Uppsala, sexual violence has risen 60 percent last year alone, Swedish news outlet Nyheter Idag reported.

​However, former Swedish Prime Minister Fredrik Reinfeldt, who in August 2014 advocated for a more liberal immigration policy with a fiery "Open Your Hearts" speech, denied statistics, claiming crime to reduce over time and ascribing the recent spike to broader definitions and people's readiness to report crimes, Aftonbladet reported.

© REUTERS / TT News Agency/Fredrik Sandberg
Jinxed! Migrant Riots Break Out in Sweden After 'Fake News' Row With Trump
Swedish Justice Minister Morgan Johansson, too, attempted do disprove Sweden's image as a country plagued by crime and violence. According to the Swedish daily Svenska Dagbladet, Johansson claimed that the risk of lethal violence remains low despite high immigration. Johansson also said it was "absurd and dangerous" to blame Sweden's problems on Muslims alone, who allegedly only represented 1.5 percent of the Swedish population.

However, a 2014 report by the US State Department estimated the number of Muslims in Sweden at 600,000 (or 6 percent of the Swedish population of 10 million). However, the percentage of Muslims is expected to have risen further following the influx of migrants from predominantly Muslim countries.

According to estimates by the Pew Research Center, the share of Muslims is expected to increase to 9.9 percent of the population by 2030. In contrast, there were only 15 Muslims throughout Sweden in 1930.

© AFP 2021 / NICHOLAS KAMM
Sweden Fears Financial Harm, Loss of Goodwill After Trump Tiff
In another painful attempt to whitewash the country's public image, Frederik Strage, a journalist at Swedish major daily Dagens Nyheter, who tweeted for Sweden's official account @Sweden, which is rotated between randomly chosen users, defended immigrant-heavy ‘no-go zones,' where public safety personnel are attacked with stones and hand grenades. By his own admission, Strage stepped in "to defend the nation's glory."

In a series of tweets, Strage attacked "Swedish" districts, calling them boring "no-go areas," since there was allegedly no reason to go there, yet hailed real "no-go areas" that pose real threats, since "at least something" was happening there. When asked about it by the local newspaper Liljeholmen/Älvsjö, Strage argued that Swedish suburbs were so boring that they gave him a "death wish." Unsurprisingly, Strage is a resident in the affluent Kungsholmen district in central Stockholm.

​Meanwhile, Sweden is still struggling with the aftermath of the migrant crisis. In 2016, the total expenditure of the Swedish Migration Board amounted to 73 billion SEK ($8,1bln), Swedish economic newspaper Affärsvärlden reported.