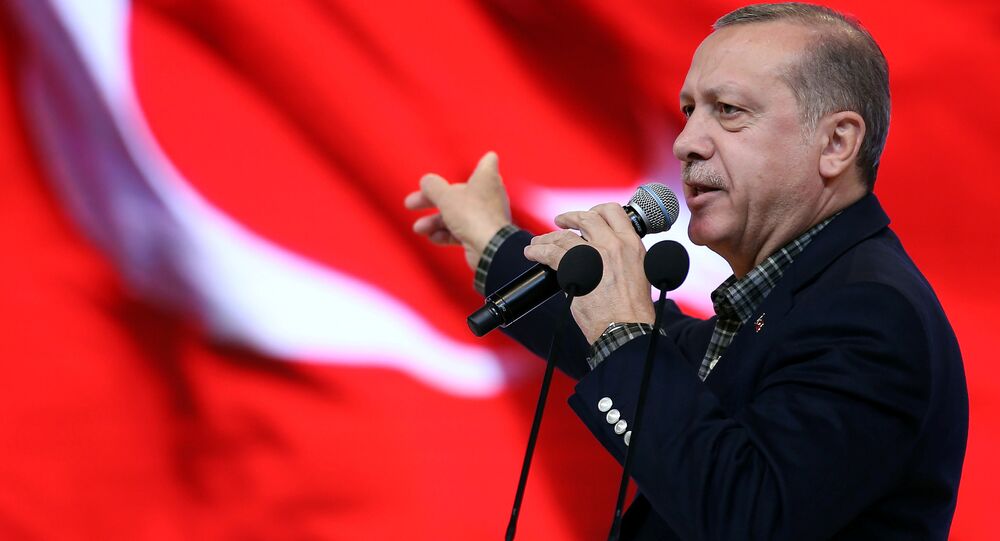 Austria, Germany and the Netherlands have moved to ban Turkish politicians from campaigning across the European Union, as the country approaches its controversial reform referendum, and Turkish President Recep Tayyip Erdogan has lashed out at their efforts, accusing the trio of evoking Nazi activities.

Ankara had envisaged a whistlestop tour of European countries, with high concentrations of Turkish expatriates to drum up support for the constitutional reform referendum. Many Turks living abroad are eligible to vote in the April 16 vote.

Germany — home to a Turkish population of around three million, the largest outside Turkey — was intended to be the first stop on the expedition, but instead the country became the first in Europe to block Turkish campaigning activities on its soil. Cologne, Frechen and Gaggenau canceled planned rallies and prevented Turkish politicians from visiting, citing safety and security concerns.

Mehmet Koksal, Project Officer at the European Federation of Journalists, urged such a ban in a March 1 interview with Sputnik, in order to pressure the Turkish government into releasing the hundreds of journalists arrested in the wake of the abortive July 2016 coup.

The Netherlands followed suit, with Prime Minister Mark Rutte stating in a Dutch-language Facebook post that "the Dutch public space is not the place to conduct another country's political campaign."

Nonetheless, Turkish Foreign Minister Mevlut Cavusoglu defied the ban and attended a pro-referendum rally in Rotterdam, saying "we go wherever we want," and that nothing would prevent him from meeting Turkish citizens.

On March 5, Austrian Chancellor Christian Kern praised the Dutch and German moves, and called for the ban to spread EU-wide.

"A common EU effort to end this kind of campaigning would be a sensible thing to do. This way, countries like Germany that have banned such addresses will not be pressured separately by Turkey," Kern told local media.

Kern also suggested that long-running EU accession negotiations with Turkey should be abandoned permanently in response to the constitutional reforms, which he said "trampled on basic democratic rights."

"We can't continue negotiating about membership with a country that has been distancing itself from democratic norms and rule-of-law principles for years. Introducing a Presidential system will further weaken the rule of law in Turkey, reduce the division of powers and contradict the values of the EU," Kern added.

"Your actions are no different from what the Nazis used to do… we no longer want to see the Nazi world. We don't want to see the practices of those fascist regimes. If I want to, I will come to Germany. If you don't let me in or if you don't let me speak, I will make the whole world rise up. We will humiliate Germany before the world," Erdogan fulminated at an assembly in Istanbul, March 5.

Erdogan's incendiary messaging was echoed by other members of his government, with justice minister Bekir Bozdag accusing Germany of "purely fascist practices," and culture minister Nabi Avci saying some European countries had become dominated by "some Nazi remnant parties."

The Daily Sabbah, a pro-Erdogan newspaper, stated Germany was "best known for orchestrating the Holocaust," and was quashing investigations into arson attacks on mosques.

"German politicians, including members of the European Parliament, must be denied entry to Turkey, and German troops stationed at the Incirlik Air Base must be sent back home," the publication demanded.

German response to the jibes has been fairly muted. Chancellor Angela Merkel is yet to respond at all — and Foreign Minister Sigmar Gabriel said the dispute "should not wreck the foundations of the friendship between our countries."

However, Berlin's reaction to several other German/Turkish rows has been similarly tepid. On February 27, German-Turkish journalist Deniz Yucel was arrested on suspicion of spreading "terrorist propaganda" after writing a story critical of Erdogan's son-in-law, the country's Energy Minister.

Yucel is being held in solitary confinement and faces over 10 years in prison — although Germany's only public response was limited and borderline conciliatory, with the Foreign Office merely saying the arrest was "harsh and undue" and that it would advocate for the reporter's freedom.