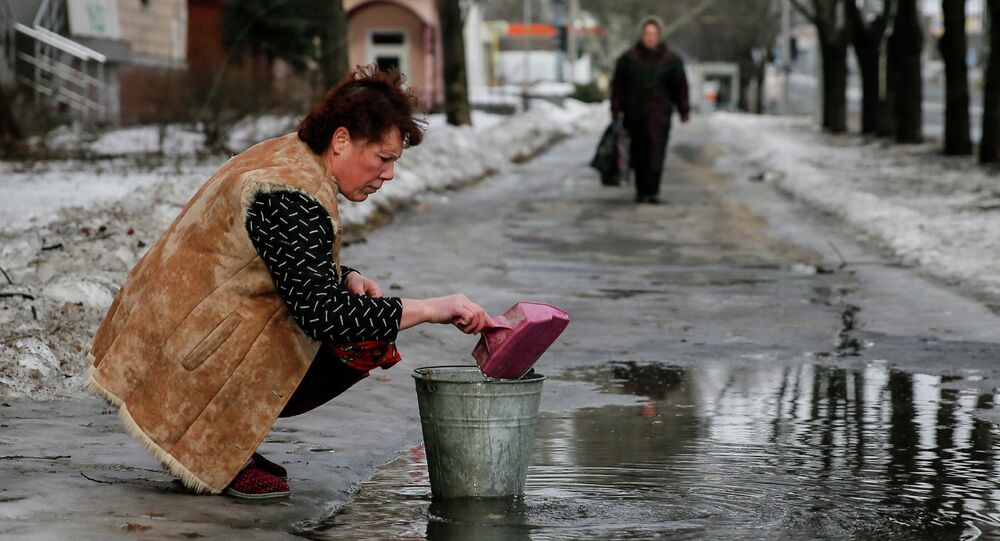 The operation of the Donetsk water filtration station (DFS) has been halted, while its staff has been evacuated, a spokesperson for the Voda Donbassa water supplier told Sputnik Monday.

DONETSK (Sputnik) — On Sunday, a representative of the law enforcement agency of the self-proclaimed Donetsk People’s Republic said that the preparation for the evacuation of the employees was carried out due to the ongoing shelling.

"At the moment, the filtration station is de-energized, the personnel has been evacuated," the spokesperson said.

© Sputnik / Sergey Averin
Donbass Blockade: Kiev 'Exploiting Radicals' to Get More Funds From Western Partners
The DFS is located 1 kilometer (0.62 miles) from the Yasynuvata town and 12 kilometers (7.46 miles) from Donetsk on the neutral territory of the contact line. The station provides water to Donetsk, Avdiivka and a number of other major urban areas.

On March 1, Martin Sajdik, the special representative of the Organization for Security and Co-operation in Europe's (OSCE) Chairperson-in-Office in Ukraine and in the Trilateral Contact Group, said that the parties to the conflict in the Donbass region agreed not to undergo offensive operation and suspend fire, as well as carry out mine clearing in the area adjacent to the station.

On March 4, the DFS area was mine-free and the following day, the restoration works were held at the station.