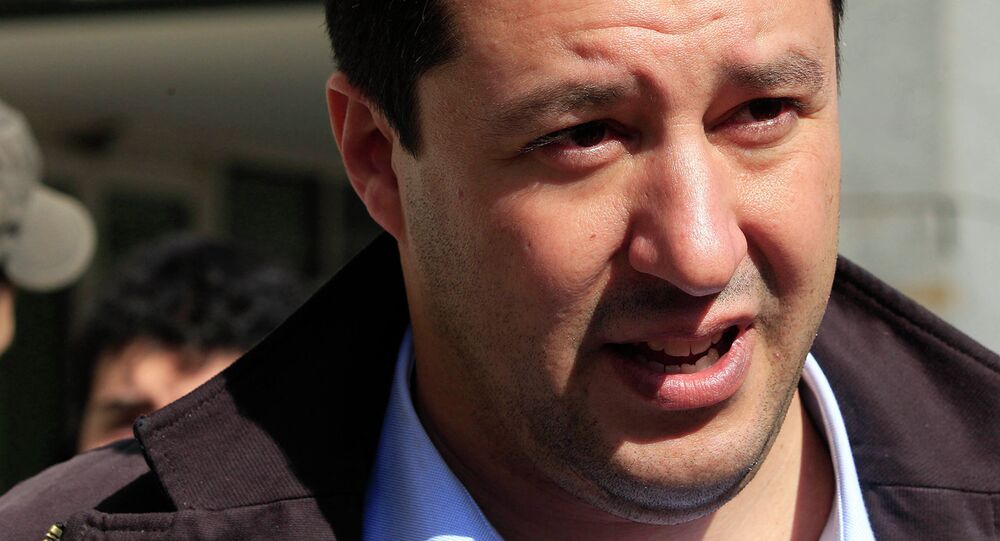 ROME (Sputnik) — Claudio D'Amico, a former lawmaker and the foreign relations secretary for Lega Nord, will come alongside the party leader for the one-day visit, according to Savoini.

© Sputnik / Artem Kreminsky
Bottoms Up! Russian Wines From Crimea Win Accolades in Italy
"A meeting with United Russia will take place to sign a protocol of intent," Savoini said.

Lega Nord is a northern Italian regionalist party which supports broader autonomy for the Padania region. The party is represented in the Italian parliament and has been a longtime ally of Silvio Berlusconi's Forza Italia. The party also supports better relations with Russia and has called for Italy to lift EU anti-Russian sanctions.

In July 2014, the United States and European Union imposed sanctions against entire sectors of Russian economy over its alleged interference in Ukrainian conflict and reunification with Crimea.

Italian Companies to Continue Investing in Russian Economy Despite Sanctions

Italian Entrepreneur Rides the Wave of Imports Phase-Out in Russia