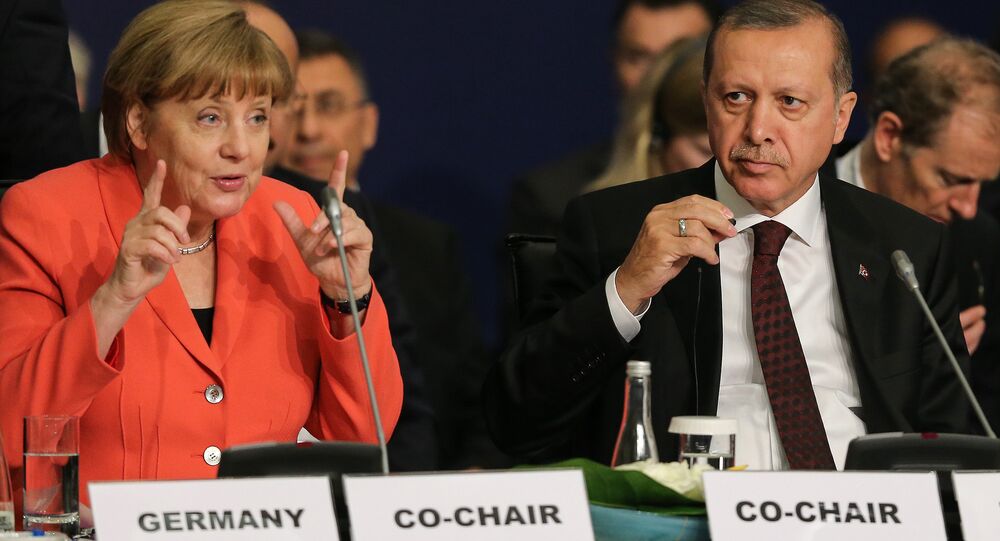 Relations between Germany and Turkey slumped to another low after it was revealed six German workers - including a journalist - have now been detained and Turkey summoned the German ambassador over a cancelled pro-Erdogan rally in Germany.

© AP Photo / Karlheinz Schindler
Arrested Die Welt Correspondent Faces 5 Years in Turkish Prison on Terrorism Charges
Relations between Berlin and Ankara have been strained for months, but were exacerbated by the arrest and detainment, February, of Deniz Yucel, a German-Turkish journalist working for 'Die Welt' newspaper. He was arrested and detained on charges of supporting a terrorist organization and inciting public violence.

He is one of six German citizens detained in the crackdown on followers of exiled Turkish cleric Fethullah Gulen, now living in the US, who Turkish President Recep Tayyip Erdoğan blames for being behind the failed coup, July 2016.

​Tweet: "For 12 days, Deniz has been in police custody. He has dictated to his lawyers a report on the conditions of imprisonment"

German Chancellor Angela Merkel has demanded the release of Yucel amid growing calls for her government to block a planned visit to Germany by Erdogan over the case.

Meanwhile, Turkey summoned the German ambassador in Ankara, after the cancellation of a pro-Erdogan rally in Gaggenau, a town in Baden-Wurttemberg, Germany. Officials stated that the planned rally was taking place in a space too small for the anticipated crown, citing security fears.

The Turkish population in Germany is three million and the majority are eligible to vote in the forthcoming referendum, April 16, on the transfer of enormous powers to Erdogan, under his controversial changes to the constitution.

The latest row follows on from the row over the front cover of the respected German magazine Der Spiegel, showing Erdogan wearing sunglasses reflecting two minarets as rockets taking off from a mosque and describing him in an article as a "Dictator".

Turkey banned German lawmakers from visiting Incirlik Air Base, in southern Turkey, used by the German military in response to a German parliamentary resolution declaring the 1915 massacre of Armenians by Ottoman forces "genocide," which Turkey denies.

Germany and Turkey: 'There Seems to Be a Lack of Trust on Both Sides'