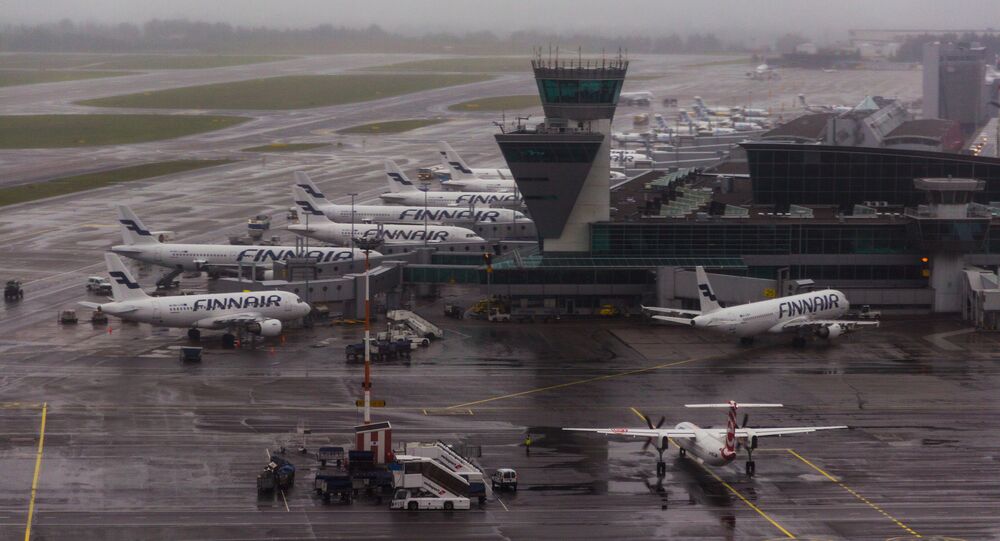 A part of Helsinki airport staff began strike, it affects security control and ground handling services of Norwegian flights, according to the airport's press service.

MOSCOW (Sputnik) — Part of the staff of Helsinki Airport started on Friday an industrial action that is expected to last for five hours, the airport's press service said in a statement.

© AP Photo / Yves Logghe
Belgian Trade Unions' Strike Disrupts Work of Airport, Public Transport
The strike was caused by a dispute between the Finnish Aviation Labour Union (IAU) and the employers on the issue of wages and benefits, according to Finnish media.

"A part of airport staff is on strike today March 3 at Helsinki Airport. It affects security control and ground handling services of Norwegian flights," the statement said.

The press service added that the industrial action started at 2 p.m. local time (noon GMT) and was expected to end at 7 p.m.

The airport offered an apology to the passengers for the situation and promised to do everything possible to minimize negative effects of the strike, but warned that the strikes could continue later in the month, according to the statement.