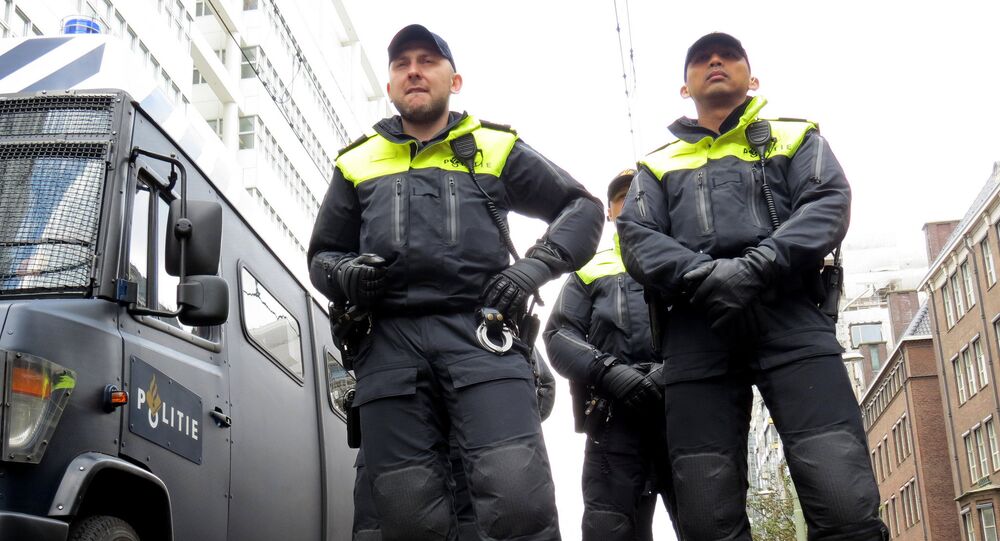 Chief of the Dutch police Erik Akerboom stated that he wanted the proportion of the new recruits to police with ethnic minority background to increase from the current level of around 10 percent to 25 percent.

"The police should ring a chord with everyone. The outside world has changed enormously and the police hasn’t changed with it," Akerboom said, as quoted by DutchNews, citing the Volkskrant newspaper.

The new positions are reportedly expected to be acquired by people from ethnic minorities as well as other groups that may be excluded from traditional application processes, such as women and LGBT people, and those without the usual police training.

Akerboom said he wanted the proportion of the new recruits with ethnic minority background to increase from the current level of around 10 percent to 25 percent.

© AP Photo / Christian Charisius
Dutch Police Say Ready for Anti-Migrant Rallies of Any Scale
In this connection, hundreds of police officers will reportedly undergo in the nearest months extra training concerning the issues of diversity, violence, ethnic profiling and integrity.

The outlet also cited a study research by Tilburg University suggesting that of 25 women who had joined the Dutch police from other professional backgrounds between 2008 and 2011 almost all have left.

Rights watchdog Amnesty International said in its annual report published in February that ethnic profiling by the police had continued to be a matter of serious concern in the Netherlands in 2016.