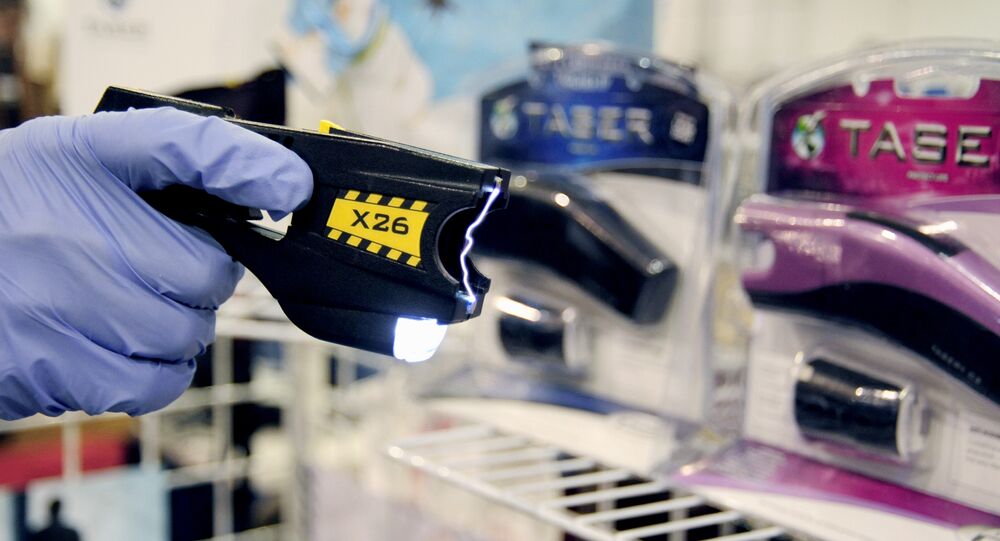 Police in England and Wales will be able to use more powerful electric stun guns, according to local media reports.

The Taser X2 model, an upgrade of the Taser X26 which allows two shots instead of one as well as possessing a number of "smart" features, has been approved for use by Home Secretary Amber Rudd, The Guardian newspaper reported.

The decision, which has been in the making since late 2016 in response to police requests for better electrical weapons, came despite widespread concerns over the potential for serious injuries and even deaths as a result of their deployment.

Government advisers acknowledged that stun gun use has led to a slight increase in deaths and injuries but rejected that the adoption of the new 50,000 weapon would cause any further casualty rises. Precautionary measures have, however, been adopted with Rudd outlining requirements for police officers to record the details of each deployment as well as the age and ethnicity of those involved.

© AFP 2021 / KAREN BLEIER
UK Police May Get Potentially Fatal Taser Stun Guns Despite Public Discontent
Stun gun victims and the families of those killed during Taser deployment have campaigned against their use as well as calling for police officers to record the deployments. Racial profiling is also a concern. In October 2015, the Home Office said that individuals of African-Caribbean origin were three times more likely to be victims of Taser use by the police than Asian or white people.

UK police have also lobbied for all frontline officers to be given Tasers in order to reduce their vulnerability to attacks. Last year's study by the Police Federation found that one out of 10 officers was able to use Tasers, while one third of all officers faced physical attacks at least once a month.