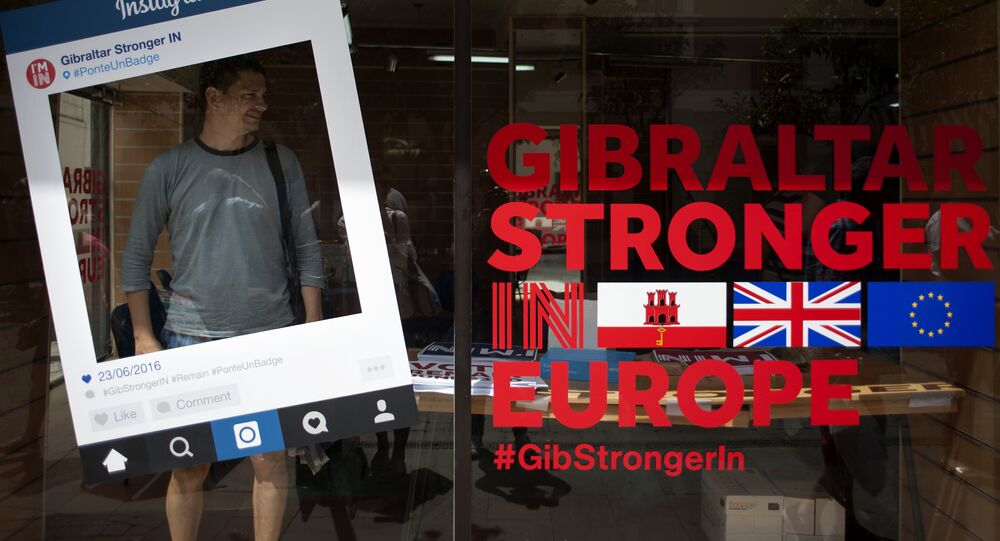 Negotiations over Britain's departure from the European Union will be hampered by the long-standing issue of Gibraltar - whose residents voted overwhelmingly to remain in the EU - which has been at the center of tensions between the UK and Spain for centuries.

In the June 23, 2016 referendum on Britain's membership of the European Union, 95.9 percent of votes cast in Gibraltar were for the UK to stay in the EU, by far the strongest vote for "Remain" of any area eligible to participate in the referendum. Yet the territory is now set to leave the EU along with the UK, and faces significant challenges as a result.

Gibraltar was captured from Spain by an Anglo-Dutch force in 1704 during the War of the Spanish Succession and was subsequently ceded to Great Britain "in perpetuity" under the Treaty of Utrecht in 1713. It is a militarily strategic stronghold, being at the entrance to the Mediterranean and has been the subject of a long-running dispute between Madrid and London.

Now, a House of Lords report into the Brexit negotiations and Gibraltar has highlighted the sensitivity of the issue, which is likely to hamper negotiations over Britain's — and Gibraltar's — future relationship with the EU.

"Despite the long-standing sovereignty dispute, the border between Gibraltar and Spain remained relatively open until the Franco era. During this period, Spain increasingly obstructed communications and movement between Gibraltar and Spain, ultimately shutting the border altogether.The frontier remained closed until the early 1980s, when the newly democratic Spain began negotiations to join the European Community," the House of Lords EU Committee report says.

Giving evidence to the committee, the Hon Fabian Picardo QC MP, Chief Minister of Gibraltar said: "Many in Gibraltar see Spain‘s accession to the European Economic Community in 1986 as the thing that bust open the frontier gates that General Franco had closed in 1969."

© REUTERS / Jon Nazca
A member of a polling station stands next to a polling box as she waits for citizens during the EU referendum in the British overseas territory of Gibraltar, historically claimed by Spain, June 23, 2016.

"Access to the EU Single Market, and to the pool of over 10,000 workers who cross daily into Gibraltar over the border with Spain, has underpinned the development of Gibraltar's vibrant, service-based economy over recent decades," the report says

"While Gibraltar's most important economic relationship is with the UK itself, any loss of access to the Single Market in services, or to its cross-border workforce, could significantly harm Gibraltar's economy. There could also be a corresponding impact on the economy of the neighboring region of Spain."

Marlene Hassan Nahon, an independent member of the Gibraltar Parliament, described the border closure as a "lengthy siege," which had had a lasting impact on the "Gibraltarian psyche."

Ms. Hassan Nahon noted that the frontier remained a "pressure point," with fluidity of access dependent on political relations between Gibraltar and Spain at any given time.

The report concludes that: "It will be essential in the longer term to find a structure through which open lines of communication between Spain, the UK and Gibraltar can be maintained. The EU itself has a continuing interest in this, to support the economic well-being of a neighboring territory, develop good relations between Gibraltar and Spain, and to protect the welfare of EU national border residents.

"Without prejudice to the UK's commitment to Gibraltar's sovereignty, the Government should give early thought to how such a structure might be established, what role the EU might play, and should seek agreement on this in tandem with Brexit negotiations," the report says.