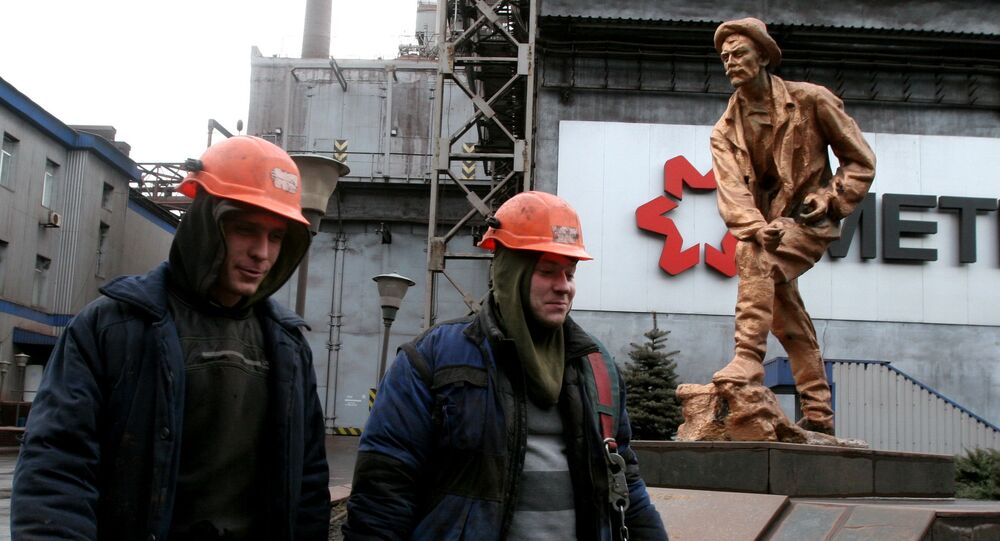 The Lugansk and Donetsk People's Republics decided to impose receivership regime on Ukrainian enterprises in the area in response to transport blockade.

MOSCOW (Sputnik) — The nationalization of businesses in Donbass is not a "grab," the regions are in a difficult situation and people need to survive somehow, Kremlin spokesman Dmitry Peskov said Wednesday.

"I do not think that the word 'grab' is applicable here… In principle, we are witnessing the fact that the regions left behind by the government are falling into an even more difficult situation, being in complete blockade by extremist elements. So, of course, to some extent, one can understand actions taken by the leadership of those regions which, once again, were rejected by their state. We are talking about the lives of several million people, so, of course, people need to survive," Peskov told reporters.

He added that those businesses had nothing to do with Russia and hence he could not comment on if it was possible to open Russian markets for them.

The blockade of railway tracks between the republics and Ukraine began in late January by former participants of military operations in Donbass. It has led to disruptions in deliveries of anthracite coal to Kiev-controlled territories.

© Sputnik / Sergey Averin
Russia Calls on Ukraine to Stop Donbass Blockade
The Donbass conflict erupted in April 2014 as a local counter-reaction to the West-sponsored Maidan coup in Kiev that had toppled President Viktor Yanukovych in February. Residents of the Donetsk and Lugansk regions held independence referendums and proclaimed the People's Republics of Donetsk and Lugansk. Kiev has since been conducting a military operation, encountering stiff local resistance.