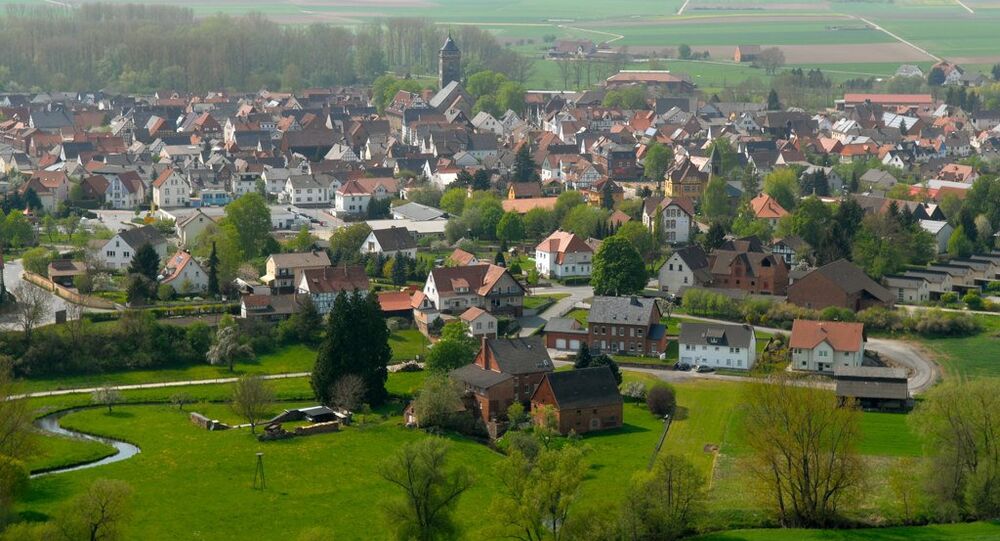 Budding politician Henricus Picardy wanted to change local politics when he ran for mayor of a small German town on behalf of the satirical "Die PARTEI" (The Party); however, the escapade has earned him a date with the local court.

Henricus Picardy, a 21-year-old Philosophy student, told Sputnik Deutschland that he decided to become politically active because he felt that politicians are presenting a false image that is at odds with their actions.

"I have the impression that many politicians create a false image. They are dependent on the consent of the population. This creates a process in which the politicians try to present themselves in a better way. So, I thought I could do the same," Picardy explained.

© Photo : Pixabay
Desperate German Retiree Threatens to Poison Haribo Bears With Cyanide in Blackmail Attempt
Picardy joined Die PARTEI (The Party), a satirical political party set up by Martin Sonneborn, a satirist who was elected to the European Parliament in 2014. The name "PARTEI" is also an acronym, which stands for "Party for Work, State of Law, Animal Welfare, the Promotion of Elites and Grassroots Democracy."

The Party interested the student because of what he perceives to be the dishonesty of mainstream politicians.

"I strongly believe that Angela Merkel, Sigmar Gabriel and even the AfD members, who I find absolutely disagreeable, don't say what they believe at all. They are just trying to build a picture of themselves in order to be popular. For me, that's not real policy, it's rather an attempt at better presentation and whoever does it the best reaps the rewards," Picardy explained.

A native of Volkmarsen, a small town in the state of Hesse in western Germany, the budding politician decided to run for the position of town mayor. Incumbent Hartmut Linnekugel, who had already served four terms in office, also decided to run for election again, setting up an interesting duel.

Picardy decided to present himself to the residents of Volkmarsen in the best light, so he pretended to the largely Christian community that he was also a Christian. I was very fundamentalist, not liberal-religious," Pillardy recalls.

By taking part in the election campaign, Picardy said that he wanted to challenge the apoliticism of local residents, who had elected Linnekugel without second-guessing his political plans for the town.

"My only opponent, the incumbent Hartmut Linnekugel, unfortunately did not carry out an election campaign. There was a report about him in the newspaper which pointed out that he had a wood fire. There is a picture of him standing with his wife in front of wood he chopped himself. You can't call that a policy. I met him personally only two or three times, and he was quite polite and friendly. Politically, I would like to have more to report. He is not party-affiliated. I've often googled him, so that I can satirically or seriously criticize his policies. But anyone can do it: If you google Hartmut Linnekugel, you won't find any political content. There is then always some report that he has come to a supermarket opening or the like. Unfortunately, there is nothing to criticize," Picardy said.

However, Picardy failed to unseat the incumbent and is now facing court proceedings. In January 2016, Linnekugel was elected mayor of Volkmarsen with almost 95 percent of the vote.

In order to get elected, Picardy had to collect 82 signatures supporting his candidacy. He asked local people if they agreed with his manifesto to build a local swimming pool and youth club. Those who agreed were asked to sign a document to say so, but some have since argued that they didn't understand it was Picardy's candidacy they were signing their support for.

"We said that we support the Ehringer outdoor pool and the youth club in Volkmarsen. We got enough signatures. Now, I am being accused of deceiving voters," Pillardy says.

"I openly admit that I may not have said every time that this (collecting signatures) is for a candidate for the mayor's office. But it was an A4 sheet on the top of which it was written that this is for the mayoral candidate. I didn't know that I had to mention that, but now it will be settled in court."

© Flickr / raffaele sergi
'Trump Party' Candidate Running to Become Mayor of an Italian City
Picardy has also faced criticism for comments he made on his Facebook page. In one, he signed a comment from an election official with the name "Adolf Hitler." The official has also made a complaint against Picardy. However, the student has an explanation for this, too.

"For a long time on Facebook, I've had the idea of ending (a message) with kind regards and then insert a name. It was not intended to be taken seriously, although I must say that I would like to criticize the authoritarian structures in the town hall. There is a noticeably strict hierarchy both in the village community and in the town hall. How the electoral officer speaks to the secretary, how the mayor speaks to the electoral officer, these are not real human relations; the other person is perceived only according to his position. The mayor is allowed to treat everyone as he pleases. That is also problematic in the community, not just in the town hall," Picardy said.

The would-be politician said that he has annoyed local officials and politicians with his activities, but he hopes that his actions have at least forced some of them to reconsider their own roles.

"It is important to note that I have nothing against these people personally, many of whom I don't know at all. My only problem is with this plan for life, it's almost like letting life run by: You look for a job and put down roots and your children do the same. I think there is a question missing: Where do we want to go as a collective, as humanity? This is even more pertinent to people in the country than to people in the city," Picardy said.

Afrophobia Not Isolated to Germany, 'An American and European Problem' as Well