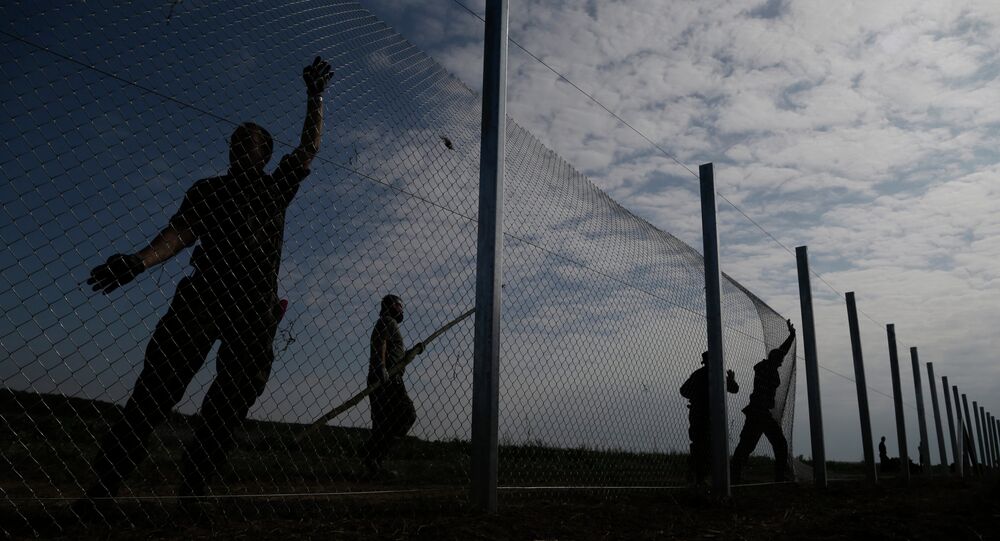 Hungary has announced that it will build a second fence along its border with Serbia to prevent the free movement of migrants into their country. The first fence, built in 2015, has been deemed inadequate to stem the tide of migrants expected this year.

Hungary has already built 6 miles of the new, second fence. The high-tech barricade is equipped with cameras, as well as heat and motion detectors. Eventually, a trench will be dug between the two fences to further discourage crossing. The entire project will cost some €120 million ($127 million) and will be completed within the next few months, according to Budapest.

"Although the EU-Turkey agreement is prevailing and the Western Balkan route is closed, we expect the migration pressure to appear at any moment at our southern borders," Hungarian Foreign Minister Peter Szijjarto said after meeting with Teodor Melescanu, his Romanian counterpart. "For this reason, we are strengthening the defense of our southern border."

The first Hungarian border fence was built after some 400,000 migrants passed into Hungary from its southern neighbors Serbia and Croatia. Most of the migrants did not stay, passing through to countries like Germany and the Netherlands.

"[The new fence is] related to everything that is happening at the European borders, in that respect obviously it is related to the EU-Turkey agreement," said government spokesman Zoltan Kovacs to Euronews.

"It is related better to the fact that the estimated number of those who are still at the Western Balkans route is around 80 thousand, spring is coming. We see that around Europe, according to a German estimate, there are at least 6-6.5 million people waiting to enter the EU."

Advocacy groups such as Human Rights Watch and the Helsinki Committee for Human Rights have protested Hungary's decision, as well as other measures including confining asylum-seeking migrants in border camps. In an open letter to the European Commission, they wrote that the new fence would violate EU rules by "severely" limiting access to asylum for refugees.

"The European Commission should not stand by while Hungary makes a mockery of the right to seek asylum," said Benjamin Ward of Human Rights Watch. "Using transit zones as detention centers and forcing asylum-seekers who are already inside Hungary back to the Serbian side of the razor-wire fence is abusive, pointless, and cruel."

The Hungarian government replied in an email statement that Human Rights Watch was trying to "denigrate those serving at the border… "Hungary was among the first to honor the EU's rules, to protect the Schengen borders, [it] stops, registers and separates refugees from economic migrants."

In October 2016, Orban joined a lawsuit against the EU that also includes Poland, Slovakia, and the Czech Republic. The lawsuit challenged EU asylum-seeker quotas seeking to relocate 120,000 migrants throughout the member states. Orban, a noted eurosceptic, has previously told reporters that "every single migrant poses a public security and terror risk."