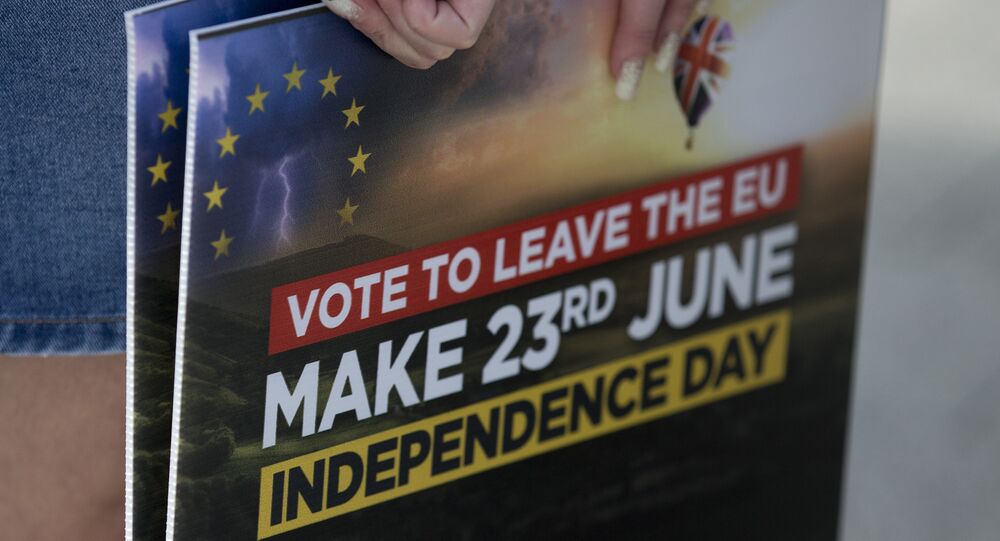 A shadowy group with connections to Saudi Arabian intelligence donated over US$500,000 to the pro-Brexit Democratic Unionist Party during the referendum campaign, with the money splashed on campaigning efforts across the UK - raising serious questions about who funded the 'Leave' campaign, and why.

The donation to the DUP, which ran to US$528,000 (£425,000), funded pro-leave adverts across the in the weeks leading up to UK's referendum on EU membership, and was initially kept secret due to Northern Ireland's stringent donor secrecy laws. However, pressure from activists forced the party disclose its major donor was a group called the Constitutional Research Council.

Little is known about the group — it has no website, references to the organization online are lacking and it's not a registered company or charity — and it's unclear why it contributed such a significant sum to the DUP's coffers. However, Scottish Conservative Richard Cook has come forward to state he chairs the ghostly collective — a surprising development, given cook ran for the seat of Eastwood in 2010 on a pledge to "publish online details of all donations of more than £1,000, in line with Electoral Commission rules."

In a statement, Richard Cook said the group existed "to support constitutional pro-Union causes," and was delighted they'd been able to support the DUP's Leave campaign. Separately, DUP MP Sir Jeffrey Donaldson explained the money had been given as the group believed, "as did we," that Brexit would be good for the Union and bad for those who oppose it.

Cook is a well-connected figure — the former Scottish director of the Campaign Against Political Correctness, former representative of Conservative Friends of Israel and former vice chairman of the Scottish Conservatives. He recently made Scottish headlines  when he pledged to pump money into a new campaign opposing Scottish independence in the wake of Brexit.

Five Star Investment Management was registered at Cook's Glasgow address, and lists HRH Prince Nawwaf bin Abdul Aziz as a shareholder. The firm, which filed no accounts with Companies House, was dissolved in December 2014.

Prince Nawwaf bin Abdul Aziz, who died in 2015, was a senior prince in the Saudi Court, and from September 1, 2001 — January 2005 head of the Saudi intelligence agency. His son is Prince Mohammed bin Nawaf Al Saud, Saudi Ambassador to the UK.

Saudi Arabia was expected to be a major beneficiary from 'Brexit' in the lead up to the referendum, with the expectation that a UK and EU under greater economic pressure, coupled with a drop in the value of sterling, could allow the Gulf countries to achieve favorable terms in economic deals.

The revelation raises questions about where the CRC's donation in itself came from, with the obvious prospect the upper echelons of Saudi Arabian society may have funnelled money to the pro-Leave campaign.

While Northern Ireland overall voted to Remain, with 56 percent in favor, support among DUP supporters were high — and DUP-funded promotional efforts, including sponsored social media posts, garments, standard display advertising (including a wraparound advert in a London freesheet paper) filtered across mainland Britain. Donations to the Remain and Leave campaigns almost exactly mirrored the actual result; Remain received 46 percent of the money given to the two sides, and 48% of the vote — leave 54% of the money, and 52% of the vote.

The issue of 'front groups' being used to funnel money from unknown sources to UK politicians and parties has frequently flared up in recent years, although it is rarely recognized in the mainstream media. In 2014, the Bureau of Investigative Journalism revealed the Conservative party had received many donations from such factions.

Brexit 2016: Rifts, Referendum and the Long Road to Divorce