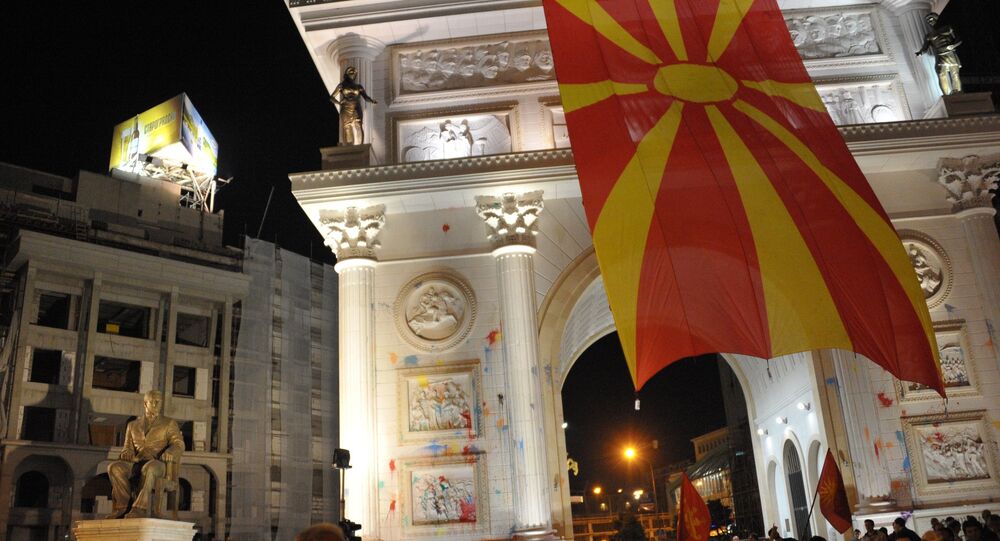 BELGRADE (Sputnik) — The SDSM was required to prove it has majority in the 120-seat parliament in order for Macedonian President Gjorge Ivanov to be able to hand the party the mandate for forming the government.

"In view of the circumstances defined by the time constraints, we decided to give our support to the SDSM, but this does not mean we have agreed on a coalition. This is just a support needed to receive the mandate to unblock certain processes," Osmani said, as cited by the MKD news portal on Saturday.

© AFP 2021 / LAKRUWAN WANNIARACHCHI
Ex-Macedonian PM Gruevski Accuses Soros, Foreign Actors of Creating Country's Political Crisis
The spokesman underlined that the signatures were given to the SDSM in order for the local election scheduled for this May to take place. According to Osmani, if DUI and SDSM decide to build a coalition, "the party’s programs must be coordinated."

The Macedonians elected a new parliament in the early election in December 2016, after several cancellations. In the vote, the conservative VMRO-DPMNE party and the opposition party SDSM won 51 and 49 seats, respectively. However, each party has to gather support of minor parties to form a coalition government.