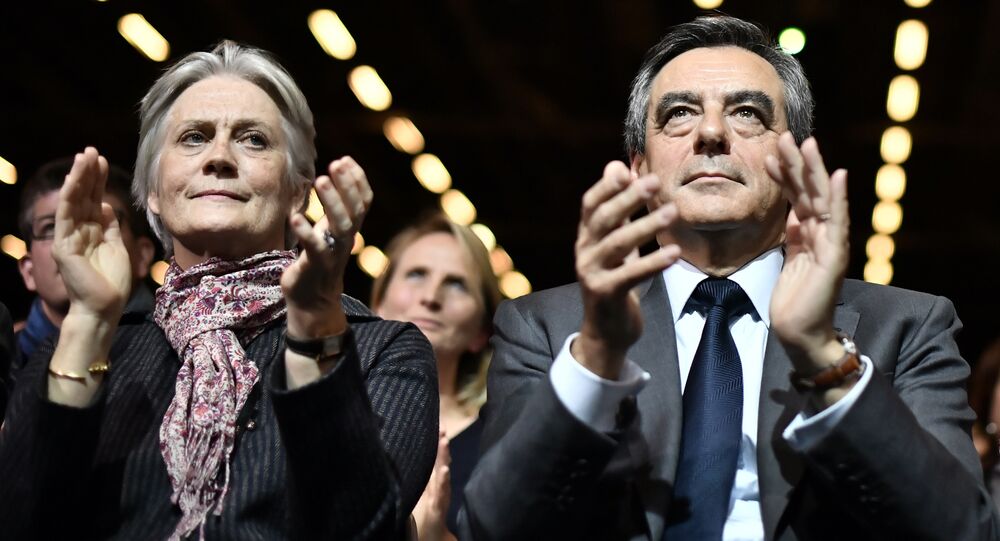 © AP Photo / Christophe Ena
French Elections: Arch-Conservative Fillon Supporter Touts 'Pragmatic Approach'
According to the media outlet, the investigation will now be entrusted to one or several Parisian investigators, who will have some extensive powers including wiretapping telephone calls and placement of suspects under house arrest.

The financial prosecutors opened an inquiry into Fillon's wife case on January 25 after the satirical weekly Le Canard Enchaine reported that she had been paid up to $8,500 per month during her time as her husband’s assistant between 1998 and 2012 and received a $5,400 gross monthly salary at the magazine, owned by Fillon's friend. Le Canard Enchaine also claimed that the children of the couple, who worked as his assistants between 2005 and 2007 at the upper house of the French parliament, had earned about $90,700, though it was unclear whether Fillon's children had really exercised their job responsibilities.

The center-right candidate has repeatedly denied all accusations and pledged to continue fighting. Though his popularity significantly dropped due to the scandal, Fillon said on Tuesday that he excluded candidacy withdrawal from the presidential race.