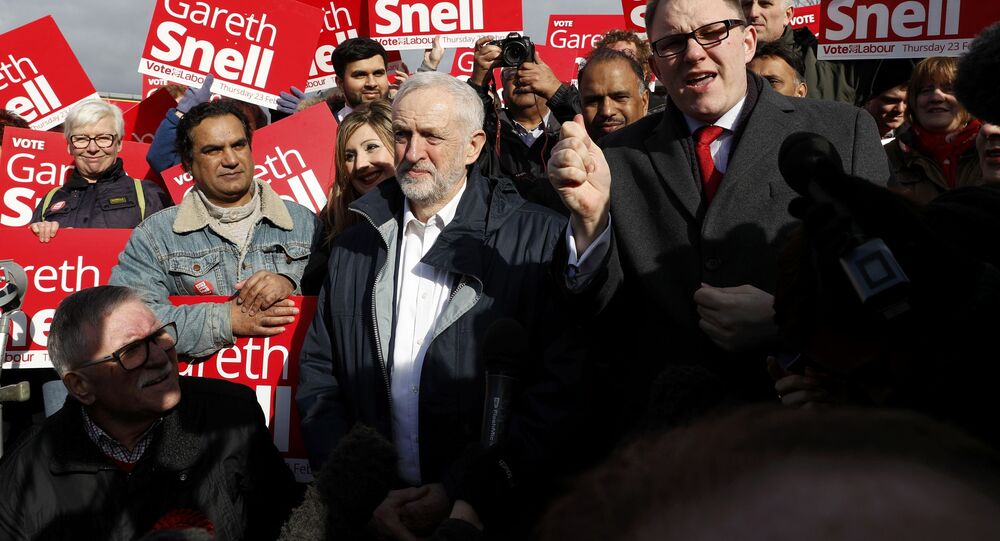 The UK Labour party's loss to the Conservatives of a parliamentary seat it has held in a staunchly working-class area of Britain that it had held since 1935 is the latest sign of the self-demolition of the Labour party under its leader Jeremy Corbyn.

For the Conservatives to have won Copeland after having been in Labour hands for 80 years is a clear sign of the disarray within the Labour Party — its grassroots membership, its disparate splinter groups and the parliamentary Labour Party (PLP) under Corbyn.

​The central issue over the Labour loss was the nuclear issue. The constituency is dominated by the Sellafield nuclear fuel reprocessing and nuclear decommissioning site, previously the home of the Windscale and Calder Hall sites. It is one of the biggest employers in the area and dates back to the creation of the UK Atomic Energy Authority (UKAEA) in 1954.

Corbyn is a long-time anti-nuclear proponent. Corbyn has long campaigned against nuclear weapons, having been a member of the Campaign for Nuclear Disarmament (CND) and the national chair of the Stop the War Coalition from June 2011 until September 2015.

However, his anti-Trident stance is at odds with the Labour-supporting unions, who say any move to not replace Trident will lead to the loss of thousands of jobs, with the Labour Party claiming 19,000 jobs depending on Trident in Scotland alone.

Thus, a traditionally Labour-voting constituency felt it was unable to vote for a party led by someone who has long campaigned against the biggest employer in the region, dependent for decades on the nuclear industry.

However, this is not the only reason for the political earthquake. On the Brexit referendum, Copeland voted to leave — by 23,528 to 14,419, while it was official Labour Party policy to remain. Corbyn — despite being a long-term euroskeptic — has now ordered his party to back triggering Article 50 of the Treaty of Lisbon — the formal starting gun for Brexit — despite his own party being split.

Corbyn was an unlikely candidate in the Labour leadership election forced by the resignation of former leader Ed Miliband, who failed to deliver victory at the 2015 general election. He won by a landslide — caused mainly by an upsurge in new left-wing party members.

However, he does not enjoy the support of the majority of the Labour members of parliament. They were angered by Corbyn's lackluster support, during the In-Out referendum on the UK's membership of the EU, for remaining in Europe. They also oppose his views on the nuclear industry and Britain's nuclear deterrent.

This latest shockwave within Labour is likely to confirm the view among his own MPs that he is unelectable at a general election — the next one of which is due 2020 — and a leadership challenge is likely before then if the party is to survive intact.