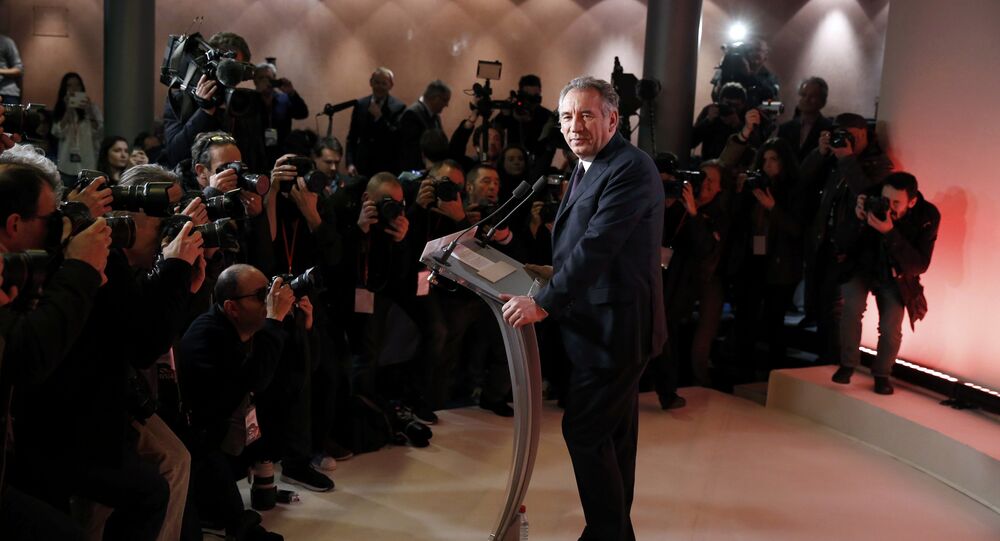 French presidential frontrunner Emmanuel Macron denied on Friday the candidate of centrist Francois Bayrou for prime minister in case of winning the elections.

© AFP 2019 / Eric Piermont
French Presidential Candidate Macron Agrees to Form Alliance With Bayrou
MOSCOW (Sputnik) — French presidential frontrunner Emmanuel Macron denied on Friday centrist Francois Bayrou would be his pick for prime minister if he wins the vote, in an interview with a French television channel.

"No, it is totally not on the agenda. This is not even his wish, he said so himself," he replied to the BFMTV.

In a surprise announcement on Wednesday, Bayrou said he had "sacrificed" his bid for presidency to support independent candidate Macron, who agreed to an alliance with the veteran politician.

A recent Ifop survey found Macron would beat National Front party leader Marine Le Pen in the May run-off voting with 61 percent against 39 percent if they both make it to the second round. The first round of presidential election is scheduled for April 23.