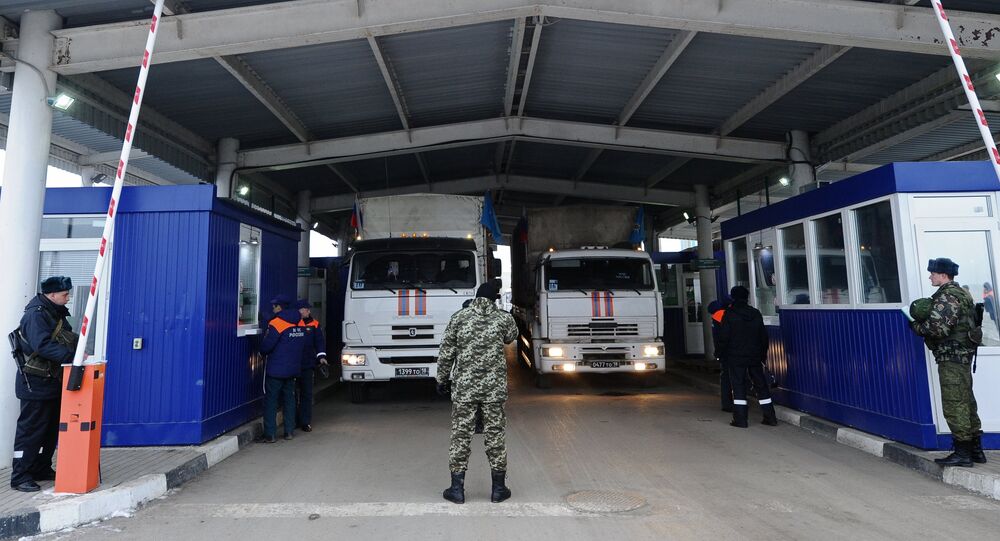 UN High Commissioner for Refugees Filippo Grandi stated that it is important to convey the message to those in control of Eastern Ukraine, of Donbass region, who we call the de-facto authorities there, to allow humanitarian agencies space to do their work.

© AP Photo / Evgeniy Maloletka
Lavrov: Russia Hopes Sides to Donbass War to Uphold Ceasefire
MOSCOW (Sputnik) – UN High Commissioner for Refugees Filippo Grandi called on both Kiev and the de-facto authorities in Donbass to let people move freely across the contact line and allow for work of humanitarian agencies in the conflict-torn eastern Ukraine, in an interview with Sputnik.

"It is important to convey the message to those in control of Eastern Ukraine, of Donbass region, who we call the de-facto authorities there, to allow humanitarian agencies space to do their work … I appealed also to those authorities and to the Ukrainian government to allow free movement of people across the contact line," Grandi said.

Grandi underscored that humanitarian assistance could contribute to strengthening people’s security and it was necessary for the authorities in the self-proclaimed region of Lugansk and Donetsk to understand that it was not a "security risk."

© Sputnik / Igor Maslov
Why Putin's Humanitarian Decree to Recognize Donetsk, Lugansk IDs Angers Kiev So Much
On Tuesday, Grandi met with Russia's First Deputy Interior Minister Alexander Gorovoy in Moscow and in the follow-up to the meeting Grandi said he expressed gratitude Gorovoy for the country's efforts to host Ukrainian refugees.

On January 28, Russia's Federal Migration Service Deputy Head Nikolai Smorodin said, citing official statistics on residency applications, that over 1.36 million Ukrainian citizens had applied to have legal status in Russia since the start of the conflict in eastern Ukraine in 2014. Almost 2.5 million Ukrainians are currently residing in Russia.

Only Kiev, Donbass Can Name Mediators - Kremlin on Yanukovych's Letter