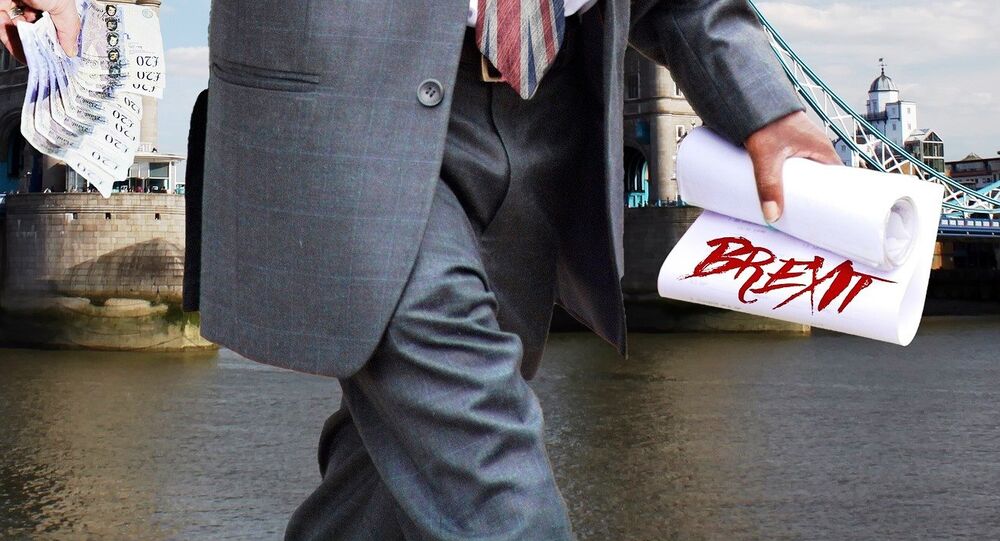 Britain's Institute of Directors (IoD) - representing the country's business leaders - has called for UK Prime Minister Theresa May's government to secure agreement from the European Union that the two-year time period for negotiating Brexit can be extended to prevent a "cliff edge" scenario, Sputnik has been told.

The IoD say that the two-year countdown that will begin when the Prime Minister triggers Article 50 of the Treaty of Lisbon — which stipulates the time frame — may not be long enough to negotiate both the exit deal and a free trade agreement (FTA), urging the Government to seek an early accord with the EU that talks could be extended for one to two years, if necessary.

"British businesses want to make Brexit work, and are keen to explore trade opportunities with the rest of the world that arise once we leave the EU. But the first priority must be ensuring the exit process is a smooth as possible. The means avoiding a vacuum between the withdrawal agreement being settled and a new trade deal with the EU coming into effect," Stephen Martin, IoD Director General told Sputnik.

© REUTERS / Toby Melville
British Politicians Begin Brexit Trigger Talks After Landmark Court Ruling
​In a major new report, Navigating Brexit, the IoD put forward proposals for ensuring a smooth and orderly exit from the EU, an imperative for its members given their extensive links with the bloc.

The alternative to signing a FTA before leaving the EU is for the UK to abruptly fall back on World Trade Organization rules to buy and sell with the UK's former partners on the Continent, which the IoD says is a poor substitute for the current level of market access. The business organization has, however, told members to prepare as best as possible for what the report describes as the "cliff-edge" scenario in which no trade deal is agreed.

"The next few years will no doubt see plenty of political twists and turns along the way, but the Government's overriding goal must be establishing a positive future trading relationship with the EU. The terms of the deal are much more important than whether it is agreed in the two years after Article 50 is triggered.

"We want to see a clear course plotted towards the open and outward-looking vision of Britain that was promised in the referendum campaign, and that means we don't want to turn back halfway. Businesses want as much stability and certainty as possible, so we call on politicians of all parties to agree that there will be no second EU referendum in the next Parliament," he said.

Tony Blair, Brexit and the Collapse of Neoliberalism

EU 'Weakened Both Economically and Politically' by Brexit, Faces Uncertainty