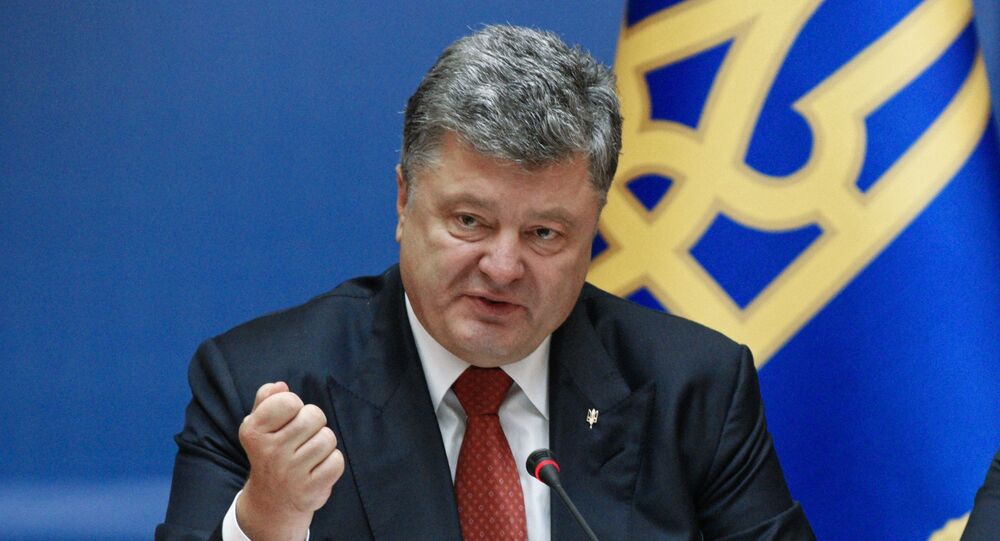 A report by Amnesty International reveals that the Ukrainian government has repeatedly repressed members of the media located in the country's eastern regions or holding pro-Russian sentiments.

© REUTERS / Andrew Kravchenko/Pool
Truth Hurts: Poroshenko Offended After US Media Refers to Ukraine as 'Corrupt Swamp'
WASHINGTON (Sputnik) — The Ukrainian government has repeatedly repressed members of the media located in the country's eastern regions or holding pro-Russian sentiments, a human rights watchdog said in its annual report released on Wednesday.

"Independent media and activists were not allowed to work freely in [the self-proclaimed eastern regions of] the People's Republics of Donetsk and Luhansk… Media perceived as pro-Russian faced harassment in government-controlled territories," the Amnesty International report reads.

It is noted in the report that the Inter TV channel had repeatedly been threatened to be closed by the Interior Ministry, and on September 4, around 15 masked men attempted forcefully but unsuccessfully enter the news agencies premises, accusing it of pro-Russian news coverage. The men then threw Molotov cocktails into the building.

The report also cited numerous arrests of members of the press.

Int’l Inaction Leads to Attacks on Journalists in Ukraine