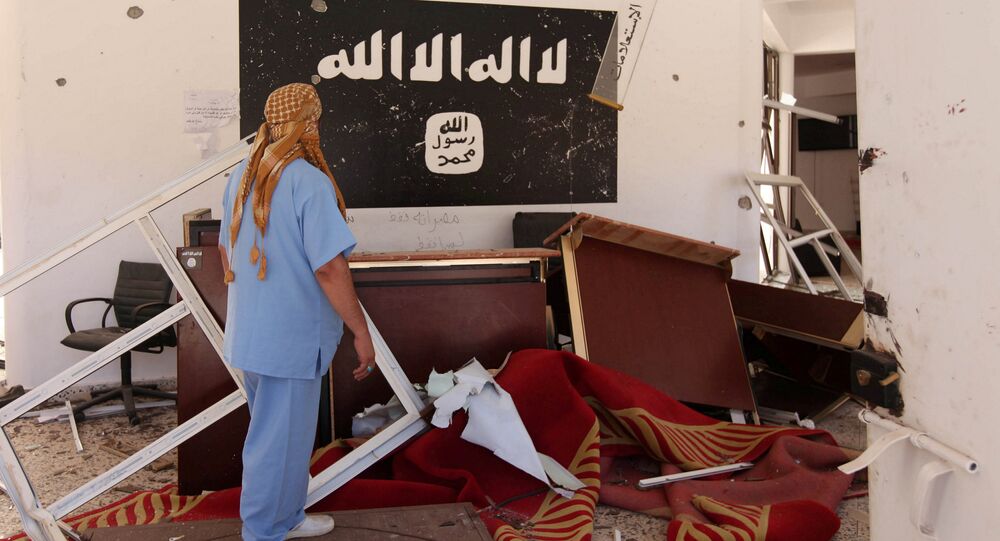 Western Powers Urged to Get Tough on Corruption Exploited by Daesh

A new report from Transparency International (TI) shows that Daesh have taken advantage of corruption in their efforts to recruit and retain disillusioned members, even as they use corrupt practices to channel funds and smuggle arms, drugs, and people.

The research features a new analysis of post-revolutionary Libya, and the subsequent rise of militant groups. Of the 150 former and current fighters interviewed by the TI team, almost two thirds believed the post-revolution period was no less corrupt than the Gaddafi era.

OUT NOW: The big spin: Corruption and the growth of violent extremism https://t.co/VluYtZa3Mx pic.twitter.com/Fix7UAleGb

​Sources confirmed Daesh has engaged in bribery with officials in Libya and Egypt to exchange commodities, and has bought weapons using drugs, whilst its members have been seen driving luxury cars in Libya.

© REUTERS / Ismail Zitouny
'Situation Volatile, Could Worsen': EU Ignores Cause of Libya Lawlessness
Corruption is a rallying cry, an enabler and a key modus operandi for [Daesh]. The failure to grasp this undermines efforts to tackle the rise of violent extremism. The international community expends great efforts tackling the 'ideology' of groups such as [Daesh], focusing on the religious rhetoric they produce, yet completely ignoring the material circumstances in which they thrive," Katherine Dixon, Director Transparency International Defense and Security told Sputnik.

Despite their own corrupt activities, a study of Daesh and their supporters' social media posts found a repeated use of corruption in their public narratives. The report says this strategy reflects public anger against abuse of power by corrupt elites, whilst positioning Daesh as the antidote.

The fall of Mosul in 2014 was also a defining moment in the role corruption played in the rise of Daesh. The group exploited an Iraqi military so rife with corruption that less than half of the registered soldiers were on hand to resist Daesh, with the missing thousands being no more than "ghost soldiers" whose wages were pocketed by corrupt officers.

"This is not just about closing off the corrupt channels that enable the day-to-day operations of groups like ISIS [Daesh], but rethinking relationships with the Mubaraks, Gaddafis and Malakis of the future. Corruption is a real security threat, more than just a means for elites to line their pockets. In the end, corrupt governments by fueling public anger and undermining institutions, are the architects of their own security crises," Katherine Dixon said.