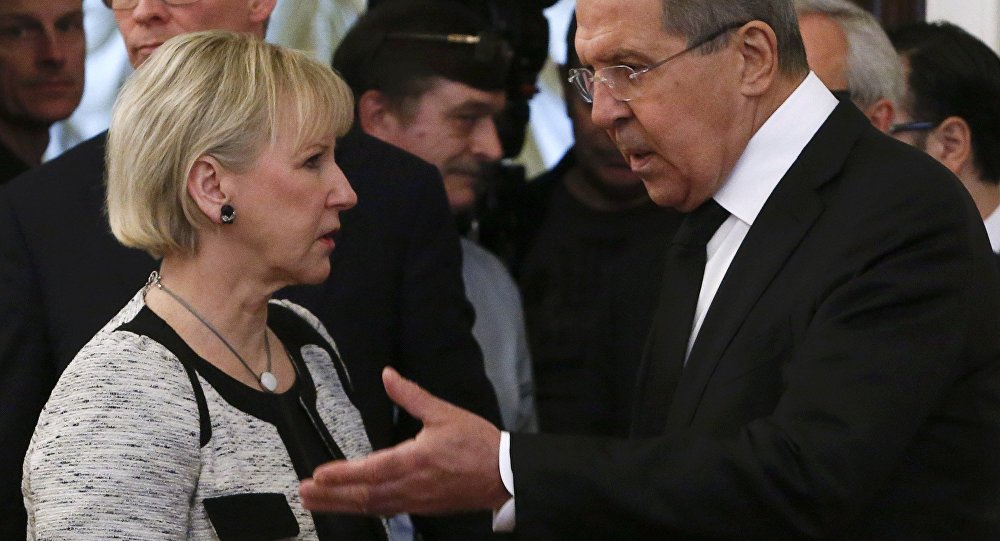 Moscow and Stockholm agree that it is necessary to step up fight against terrorism, according to the Russian foreign minister.

MOSCOW (Sputnik) — Russia and Sweden are unanimous about the necessity to increase the effectiveness of the fight against terrorism, Russian Foreign Minister Sergei Lavrov said Tuesday.

"We are united in the necessity to intensify and increase the efficiency of the fight against terrorism, to engage more actively in settlement of the conflicts in the Middle East, North Africa, in settlement of the Palestinian-Israeli conflict," Lavrov said during a press conference after talks with Swedish Foreign Minister Margot Wallstrom in Moscow.

Lavrov added that he discussed topical issues on the international agenda with Wallstrom.

"I think that we will intensify contacts and consultations regarding these issues, given that Sweden has now become a non-permanent member of the UN Security Council for the current and future years," he added.

Wallstrom's Moscow visit comes days after Sweden's military spokesman Jesper Tengroth announced the Nordic nation had revived military ties with Russia at the level of attaches after a three-year hiatus. He explained this by the need to achieve operative goals.

Lavrov Expresses Hopes for Better Ties Between Russia and Sweden