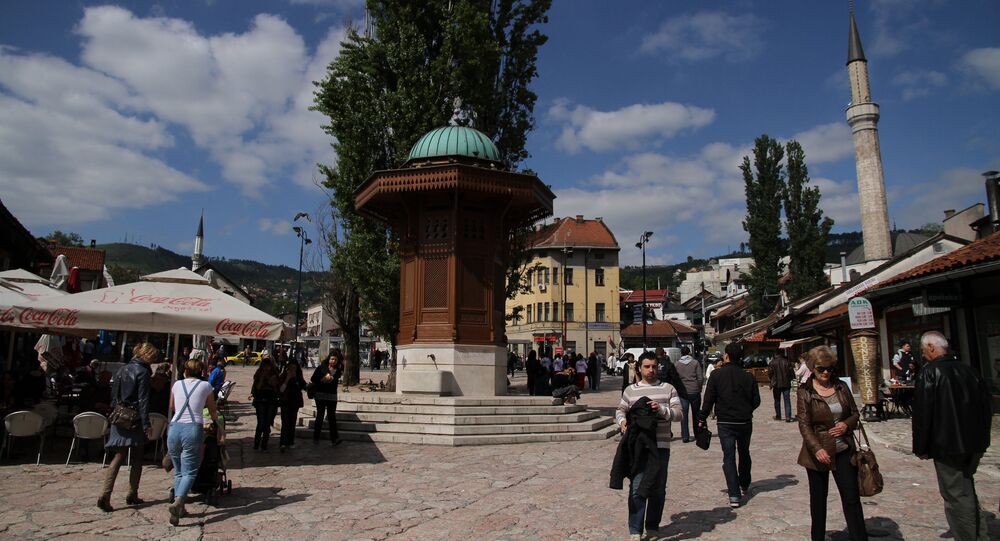 By unilaterally appealing a UN court ruling on Serbia, Bosnia’s Muslim government in Sarajevo proves its intent to cut ties between Bosnian Serbs and Belgrade, an adviser to the Serbian president told Sputnik.

"I assume that BiH will go for either a unitary state or a full-fledged federation…judging by Sarajevo’s attempt to take over all BiH institutions. It wants to tie a stone around the neck of Serbia, a guarantor of the Dayton Accords, so that it keep hands off [Bosnian] Serbs," Dragan Kalinic said.

Officials in Republika Srpska, a Serbian autonomy within Bosnia and part of the tripartite presidency, accused Izetbegovic of acting unilaterally, but the Bosniak politician argued the motion was legal.

Kalinic said actions by the Muslim member of the presidency showed how a new presidency would function if it had just one member. He added the Bosniak majority had already demanded such changes, which would undermine the rights of the Serbian minority and threaten the territorial integrity of their autonomy.