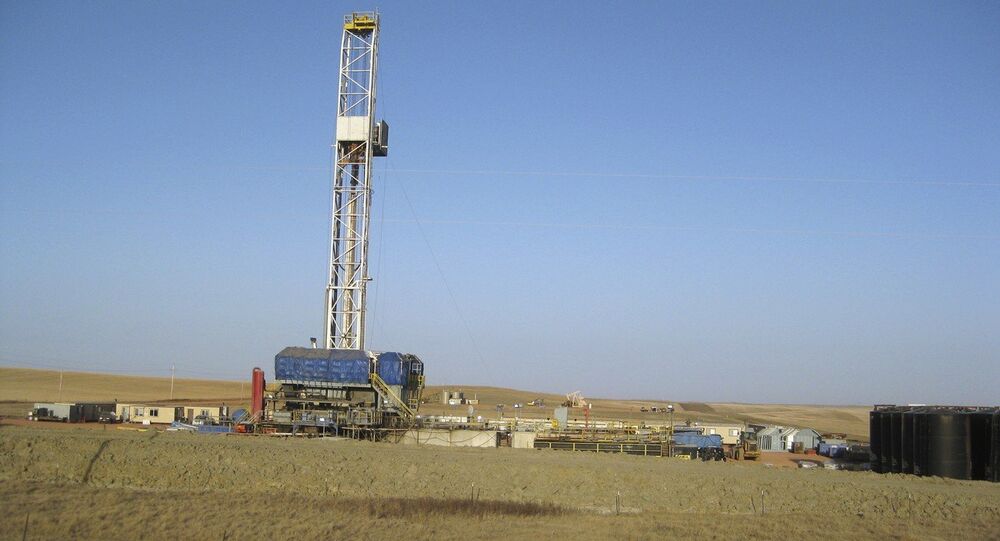 A group of anti-fracking protesters chained themselves to a fence blocking Preston New Road located in the northern English county of Lancashire, local media reported Monday.

© AFP 2021 / Leon Neal
Fracking Dangerous, Expensive, Should Be Abandoned - UK Green Party
MOSCOW (Sputnik) – The UK Blackpool Gazette newspaper reported that eight protesters blocked the entrance to the site of the Cuadrilla energy company, which had fracking permits in the county.

The protest action started at 07:30 GMT and resulted in interruption of traffic for more than an hour, the newspaper added.

Hydraulic fracturing or fracking is a technology that allows to extract shale hydrocarbons by injecting pressurized toxic liquid into the ground. Fracking has been largely criticized by its opponents for the risks posed to environment and people's health as they believe process contaminates water supplies and in some cases can cause earthquakes.

In January, Cuadrilla started construction of the infrastructure on the shale gas site at Preston New Road after the government overturned the earlier decision of local authorities banning the energy company from drilling activities at the site.