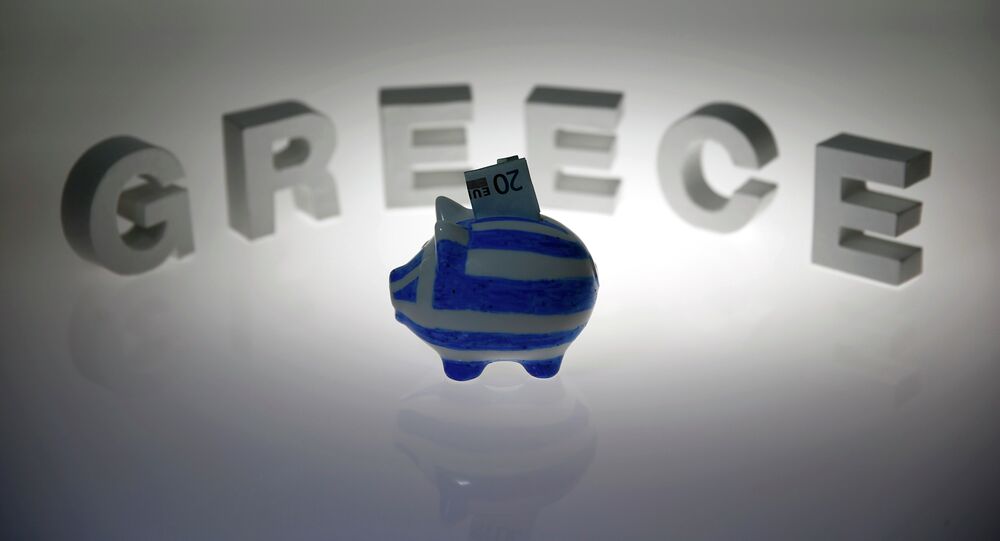 German Finance Minister Wolfgang Schaeuble said that Greece’s lenders came to a common position and will send a technical mission back to Athens.

The 19-nation eurozone and the International Monetary Fund (IMF) have been struggling to agree on Greek debt relief and budget discipline goals.

"I assume that the institutions now have a common position and that we will today go as far as sending a technical mission back to Athens," Schaeuble told reporters in a doorstep interview in Brussels.

"I think all those involved are interested in finalizing [the Greek bailout] soon. Actually, we were expected to do this last year, but Greece has taken more time than intended," he said.

© AP Photo / Petros Giannakouris
Four Germans Out of 10 Would Prefer Greece to Stay in Eurozone - Poll
Asked about a possible euro crisis, the German finance chief replied the eurozone was doing well, with all 19 member economies enjoying stronger growth.

"In Greece, all indications are that we will soon see a happy ending, meaning we are on the right path in a difficult environment," Schaeuble said, although he stressed finding a solution for Greece had not become easier.

Eurozone finance ministers will assess Greece’s progress in meeting requirements of its bailout deal with international lenders to unlock another tranche of funds. Athens has been pressured to cut state financing of pensions and introduce other austerity measures to meet the budget surplus target.